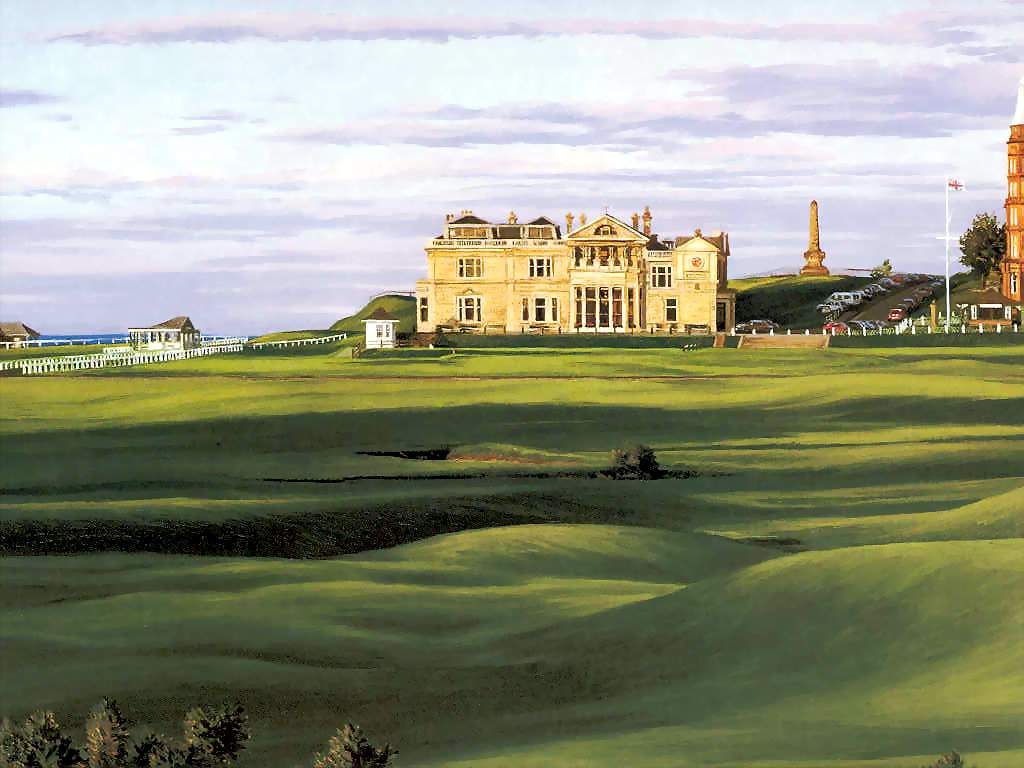 This series of blogs is essentially about golf clubs that have been awarded the title Royal. Sixty-four clubs around the world have been appointed by the Royal family of the UK. Besides the UK this covers Ireland and many of the Commonwealth countries. To receive the honour the club typically invites a member of the Royal family to be a patron or honorary member, or they apply for the title. Ultimately, the approval must be granted from the reigning monarch.

There are a small number of golf clubs who received a ‘Royal’ title from other monarchs, Netherlands and Belgium are examples. However, it seems that in Belgium now any club that has been established for fifty years can use the ‘Royal’ title. If anyone can explain the logic in this, we would be pleased to hear from them.

If this rule were applied in Scotland or England the traditional system would be ruined. A relatively small number of golf clubs use a Royal title in their name without having any connection with a monarch. .

The Perth Golfing Society was formed in 1824 by a small number of Perth gentlemen at a meeting in the Salutation Inn, Scotland’s oldest hotel. Scarlet golfing jackets with crested buttons were worn for matches played on the links. Lord Kinnaird was club captain and using his influence royal patronage for the Club was granted by King William IV in 1833. Royal Perth became the first golfing society in the world to receive this honour. H.R.H. The Duke of York is the Club's current Patron.

Perth is known as the oldest golf site in the world, although its origins are obscure. It is thought to date from the fifteenth century. National bans on golf and football were made in 1458, 1471 and 1491. This was intended to promote the practice of archery. In 1502, the first recorded purchase of golf equipment, a set of golf clubs costing thirteen shillings, was made for King James IV (1566–1625) from a bow-maker in Perth. The King was later crowned King James I of England and Ireland. He had learned to play golf as a boy on Perth's Inches (inch is from the Gaelic word innse for island). Other records of golf being played there are in 1638 and a report that the inhabitants of Perth played golf for recreation in 1774.

The most famous Royal club is ‘The Royal and Ancient Golf Club of St Andrews’. It is unusual in that although based at St Andrews links it does not own the course. The links are owned by the town represented by the local authority and managed now by a charitable trust. The club was founded in 1754, known as the ‘Society of St Andrews Golfers’. It was granted royal status 1836 by King William IV and became known by its present name in 1897. The club organized the rules of golf, and took control of running major golf tournaments up until 2004. It has grown from a small society to a club with worldwide membership of about 2500.

William IV (1765 – 1837) served in the Royal Navy in his youth and was, both during his reign and afterwards, known as the "Sailor King". He was initially created Duke of Clarence and St Andrews, hence the connection with the club. He inherited the throne when he was 64 and was King of the United Kingdom of Great Britain and King of Hanover from 1830 until his death. His reign saw reforms to the poor law, restrictions on child labour, slavery abolished in most of the British Empire, and the electoral system reformed.

Number 2 in the series will cover more Scottish Royal courses.