Arrive at Belfast Airport, met by AGS Representative, collect auto or meet your private driver/guide, head to your base on the Causeway Coast for 4 nights.

Play Portstewart, this course has had a major reshaping leading to a rapid rise up the rankings.

Play the big bold Ardglass a most spectacular links that hugs a rugged stretch of rocky coastline.

Accommodation at one of Ireland’s most well-known, luxurious 4 * hotels - The Bushmills Hotel and grand Victorian hotel, overlooking the Irish Sea - Slieve Donard Hotel.

Accommodation at Portrush Atlantic Hotel , across the street from an oceanfront park and Burrendale Hotel located less than 1 mile from the beach at Newcastle.

6 rounds of golf. 7 nights twin accommodation close to the course. 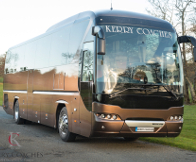 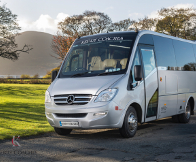 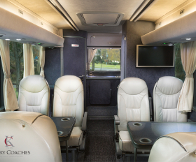 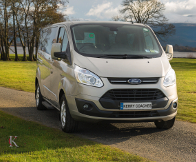 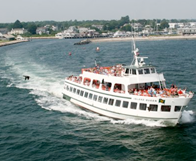 The major golf courses are mainly situated on the coast but are spread out around the island. During your golf vacation, whatever golf course you want to play, it will never be far from some interesting sightseeing. The table below links sightseeing options with the nearest major courses or resorts. Eight of the most popular sightseeing locations are indicated in green and two world heritage sights in red. Click on any item in the Sightseeing column for a description. * indicates most popular sightseeing locations ** indicates world heritage sights

Northern Ireland has two courses that feature high in the World Rankings Royal County Down and Royal Portrush.

Castlerock, Portstewart and Royal Portrush are all excellent courses located close together on the Northern Coast near Portrush.

Known as the Causeway Coast, it is close to the ‘Giants Causeway’ an extraordinary natural phenomenon and a World Heritage site.

Ballyliffen has a splendid hotel alongside two excellent links courses, Glashedy and ‘The Old Course’. It can be reached by a short ferry crossing from the Causeway coast which reduces the travel.

Royal County Down is normally in the top 10 of world rankings and often voted #1 in the UK and Ireland.

Ardglass is tricky and begins with no less than six spectacular holes laid out on top of cliffs, directly overlooking the sea, its raw, rocky and dramatic. AGS is #1 for Ireland Golf Trips.