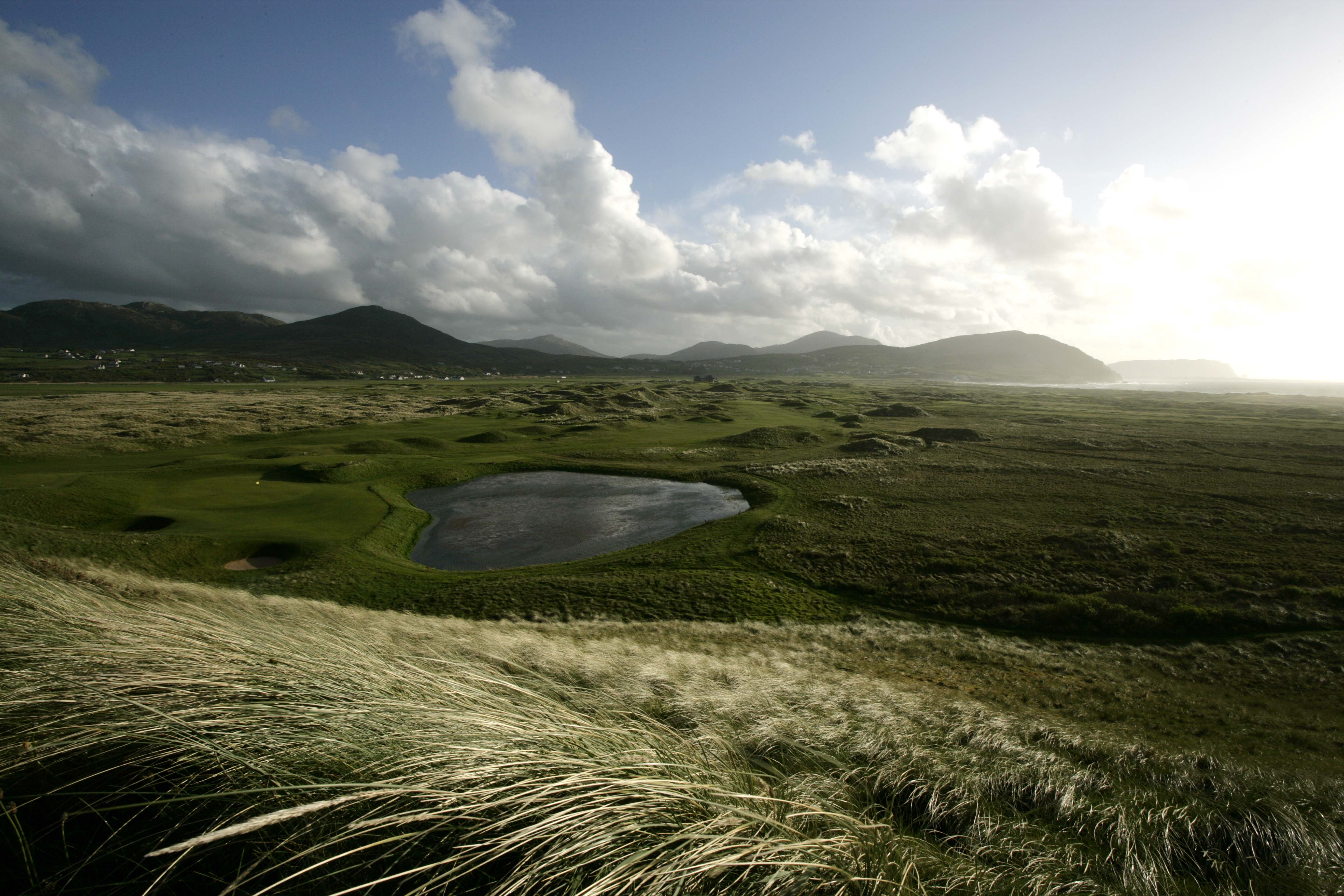 Northern Ireland has two of the finest links courses in Great Britain and Ireland, Royal County Down and Royal Portrush. The Open is now such a huge international golfing event that inclusion on the rota involves careful consideration of the facilities and infrastructure to stage the Open successfully. The R & A must have been satisfied that Royal Portrush, which has only previously hosted the Open in 1951, can accommodate the crowds and visitors who will attend.

This open, held on the magnificent links at Portrush in Northern Ireland, is the only time that the tournament has been hosted outside of Scotland and England to date. Only 148 players entered the tournament which was the lowest entry since 1904. One reason for this was because the USPGA Championship at Oakmont G.C. near Pittsburgh ended on the second day of the Open Championship qualification. This meant that there were very few Americans in the field.

A young St Andrews amateur Derek McLachlan qualified for this Open when he was just 16. He created local folklore in Portrush with a fantastic opening 3 rounds hitting immense drives. He won the hearts of the local crowd when he leads the tournament on the third day by 3 strokes with a score of 5 under. However, the driving proved to be his downfall on the final round as he twice drove out of bounds. Once he went through a par 4 green and out of bounds. In the end, he finished tied for 8th place.

The winner was the talented Max Faulkner from England, known for his outstanding ball striking. He was the son of a golf professional who owned the course at Selsey near Chichester in England. Max served in the RAF throughout World War 2. Afterwards, he played golf tournaments in his own venturesome style. At a time when golf clothing was relatively subdued, Max dressed in dazzling attire matching his flamboyant character, full of fun. He won 16 times in Europe including the Portuguese Open at the age of 52. He was awarded the OBE in 2001 on the 50th anniversary of his Open success.

One certainty for this Open is that the Dunluce course at Royal Portrush Dunluce will be an outstanding success. It was already a stunning masterpiece laid out by the renowned Harry Colt on awe-inspiring linksland. Various changes have been made to lengthen the course and to provide the best space for the tented village etc.

The population of Northern Ireland is only about 1.85 million representing 3% of the UK population. A big challenge for the organisers is how to utilise the infrastructure of this small province to deal with a large influx of visitors during Open week. In 2012 the Irish Open was held at Royal Portrush and spectators totalled 112,000 for the event. The 2017 Open at Royal Birkdale in England had 235,000 spectators but numbers in 2019 will probably not reach this level.

Rail travel from Belfast and Londonderry to Portrush is available but has limitations. The Londonderry line is very scenic but is a single track to Coleraine and Portstewart. Part of the Belfast line to Coleraine is single track. There is a short connection of about 5 miles from Coleraine to Portrush, again single track. Rail is often a good way to travel to an Open. In this case, it could be worth exploring advance reservations closer to the date.

The road system has a limited amount of relevant motorway or dual carriageway. There has been ample time to plan for optimum use of the system and the R & A with their extensive experience will undoubtedly be involved.

As always the weather will play its part in the event in 2019 as it did in 1951. With Portrush bordering the Atlantic Ocean, it is always a consideration.

Learn more about our Northern Ireland Golf Tours and book one today!