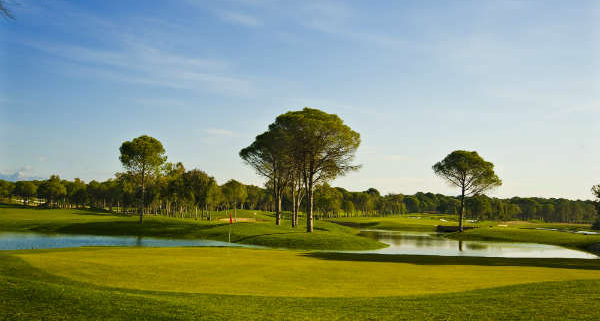 The Turkish Airlines Open is one of the most exciting European tour tournaments with an impressive field featuring high-profile players.

The Penultimate event provides the opportunity to see some of the best golf players in the world in action as they compete to qualify for the end-of-season DP World Tour Championship held in Dubai. With a handsome cash prize of $7 million, the European Tour Race to Dubai is highly contested.

Out of the current top ten players in the Race to Dubai, only three are competing: Tyrell Hatton, Lee Westwood and Danny Willet.

Mcllroy announced that he was withdrawing from the Turkish Open over security fears in Turkey.

By withdrawing from the Turkish Open, Mcllroy ultimately gave up the opportunity to compete in the Race to Dubai this year.

“I took the decision not to go to Turkey next week. Those boys can battle it out. If I have somewhat of a chance going into Dubai, that’s great. If not, they’ve had big wins over the course of the season. They’ve played well — two major championships. I’m OK with that.”

American Reed followed suit withdrawing from the Turkish Open which is to be held at the Regnum Carya Golf and Spa Resort. Other golf pros have made a similar decision, citing security concerns or some other reason.

The U.S. Department of State issued a Turkey Travel Warning on Saturday directing “the departure of family members of employees posted to the U.S. Consulate General in Istanbul, Turkey.

This decision was made based on intelligence received by the Department of State that extremists groups are unceasingly making every effort to attack United States Citizens residing in Istanbul.

The Turkish Open is in Antalya, which is about 480 miles from Istanbul. However, the Antalya area has become a target. This month alone, three rockets hit a Turkish Resort of Antalya, a resort town frequented by many international visitors.

Owing to security threats in the country, the Turkish Airlines Women’s Open that was to be held in June was cancelled. However, the Turkish Open is still on.

With Mcllroy and other major winners out of the Turkish Open, this could be the perfect opportunity for Masters Championship Danny Willet to win the Race to Dubai tournament. Lee Westwood who is also playing in the Turkish Open could not withdraw from the tournament because the event is managed by the organization that manages him.