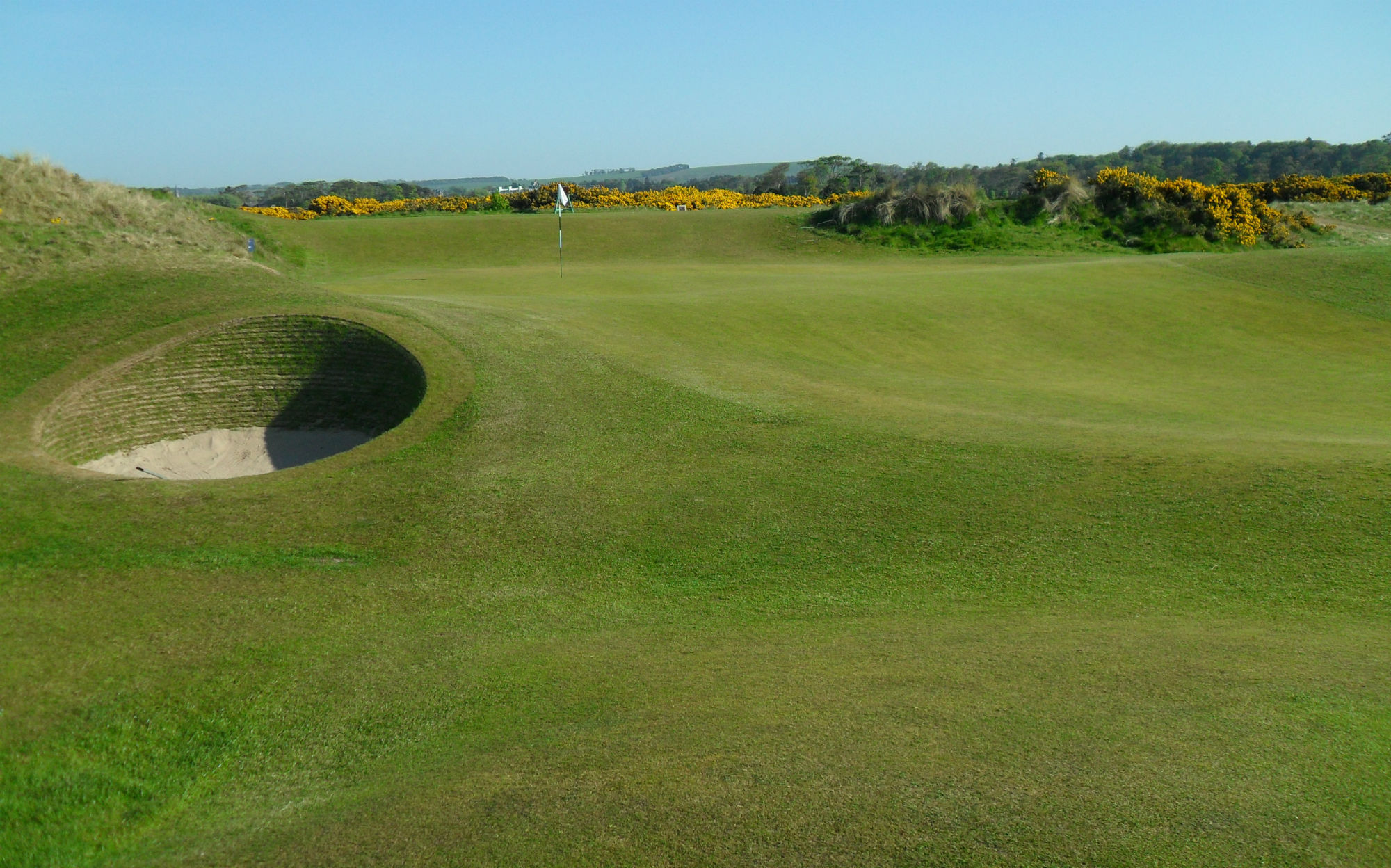 After the ‘Glory Days’ of the 19th century, the development professional golf and the spread of golf worldwide led to a different era for St Andrews Golf Club. It continues as a private golf club but will always be special and unique. The location of “Links House”, the clubhouse, overlooking the 18th green of the Old Course is incomparable. The courses available to members at the “Home of Golf” are beyond compare anywhere. Players from around the world strive to play at St Andrews. Representing the town that is the “metropolis of golf” in tournaments and matches is a unique honour. A few highlights from the 20th century follow.

R & A versus the Town

The 4th St Andrews course named ‘The Eden’ was opened on 2nd July 1914. The Eden was designed by Harry Colt who revolutionised golf course design in the early 20th century. On a small piece of linksland he built a course that needed strategic thinking. After the opening ceremony there was a match between the “Townsmen” and the R&A”. This has continued annually as the R&A versus Town match. While the first match took place the incident which started World War I had already occurred.

Jack Nicklaus - is widely considered the greatest golfer of the modern era. He won a record 18 major championships and was placed second 19 times, all in 25 years. In 1978 after the second round of the Open at St Andrews he became an Honorary Member of the Club. He then went on to win the Open.

Scottish Professional Paul Lawrie – Won the 1999 Open Championship at Carnoustie. On the final day he was 10 shots behind the leader Van de Velde of France. He won in a four-hole play-off with Van de Velde and American Justin Leonard. This is the biggest final-round comeback ever recorded on the PGA Tour and the largest third-round deficit ever overcome by a major championship winner.

In 1950, Bing Crosby a keen golfer, famous singer and ‘Hollywood Star’ came to play in the Amateur Championship, held that year on the Old Course. His first round opponent was James Wilson of St Andrews Club who won 3 and 2. This chance pairing led to a long friendship. In 1951 Bing was elected a member of the R & A.  Visiting St Andrews Golf Club Bing indicated that he would like to present a trophy. It would be a competition for club members over the age of sixty.  The first competition for the Bing Crosby Trophy took place in September 1972 with Bing present.

Trophy’s – the club plays for an amazing number of Club Trophy’s. The details of many of these are covered on the club’s website.

The Centenary celebrations had to be delayed because some 200 members were involved in World War 2. Finally it was a Centenary and Victory celebration which was held in Dundee with 400 attending, requiring a special train to take them across the Tay. A good time was had by all despite severe food rationing.

The Club celebrated its 150 anniversary with an extensive programme of events. A highlight was a moonlight match played over the Old Course. One hundred and fifty members of the Club played against golfers from every golf club in Fife and some other Clubs where there was a strong association. The club won the match and to seal a splendid anniversary.

Conclusion – The club had a humble beginning with eleven tradesmen and artisans forming the club. Who could have imagined that it would become such an influential and famous golf club?