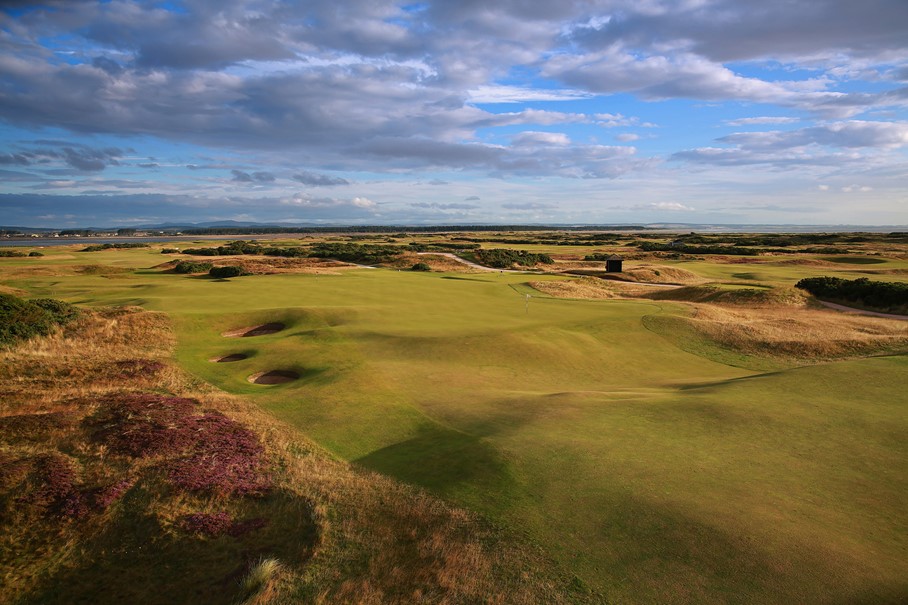 Soon after formation and throughout the second half of the 19th century, St Andrews Golf Club was the strongest Golf Club in Scotland. Initially this was demonstrated in challenge matches, then in team games between clubs and finally in the Open Championship with 21 wins in the early competitions by Club Members. Golf was developing at a fast pace in England, America and around the world. Soon there would be more competition and the development of professional golf. However, Scotland had a head start and St Andrews G.C. had the players to make the most of their ‘Glory Days’.

Challenge Matches were very popular with the public and could draw more spectators than the early Open Championships. In 1843 Alan Robertson of St Andrews became the town’s hero when beat Willie Dunn from deadly rivals Musselburgh in a unique match of 20 rounds. Crowds of spectators, many involved in betting, along with reporters followed the matches. Through the 1840’s Alan Robinson and Tom Morris of St Andrews were a formidable challenge match team sometimes called ‘the invincibles’. Serious money for the challenge matches was put up by sponsors with the players who won getting a modest percentage but also making their own bets.

Later Tom Morris Junior (Tommy) of St Andrews Golf Club was the best golfer in Scotland. He took on seemingly crazy challenges which he inevitably won.  First he played with a club member against two professionals. Then he played better ball, just himself against two of Scotland’s best professionals. Then he played for high stakes each day for a week. He bet that he could complete 18 holes at St Andrews for 83 or better. This was just four more than his record. Many R & A members were happy to bet against this challenge. For 6 days he won the bet and took the money home. After a rest on Sunday he offered them a better chance making the challenge 81. Again many took the bet and he promptly shot 80.

Team matches are a tradition with St Andrews Golf Club. The first match was arranged against Leven in 1849 with teams of 6 players, St Andrews won comfortably 19 to 2 and enjoyed a social gathering. In 1873 the first match was played against Carnoustie with teams of 12. St Andrews won by 8 holes. This was the start of three club matches between rivals, St Andrews, Leven and Carnoustie that are still played today. It was formalised in 1953 as playing for the Lindsey Shield. Teams of 50 players compete, 25 playing at home while 25 play away. It is surprising how many low handicap golfers the clubs have to take part in this unique competition.

The Open Championship was started at Prestwick in 1860 on a course laid out by Tom Morris. Lord Eglinton provided a valuable Championship belt for the world’s best professional golfer, to be played annually. Only 8 professionals competed with Willie Park winning and Tom Morris second. The following year it became a proper ‘Open’ with amateurs also invited to play. Eight amateurs took part and Tom Morris won the first of his four Open Championship victories. Tom managed to get his son, known as Tommy, educated at Ayr Academy alongside the sons of gentlemen. Tommy’s parents foresaw a career for him better than a caddie or greenkeeper. However using his natural golfing ability and education he became the outstanding golfer of the century. He was way ahead of his contemporaries. You could say the ‘Tiger Woods’ of the nineteenth century. Lord Eglinton had said that anyone one winning the Championship belt three times in a row would keep it. In 1868 Tommy won the ‘Open’ breaking the course record three times that day and smashing the Open record by 8 strokes. He was 17 years of age, ten years younger than any other player and is still the youngest major winner in golf history. Tom was second making a family first and second, a record that still stands. Tommy went on to win the following two Open Championships and the belt outright. With no belt there was confusion in 1871 and no tournament. By 1872 the belt had been replaced with the ‘Claret Jug’. The first name engraved on it is Tommy Morris, his fourth win and the only player ever to win four in a row. Sadly he died in 1875 at the age of 24 after an amazing but short career.