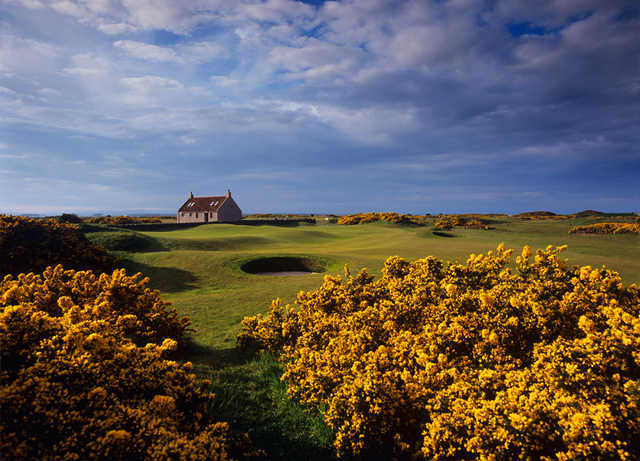 Many visitors to the UK and Ireland like to play seaside links golf courses. There are about 210 true links golf courses in the British Isles whereas the rest of the world has only about 36. In the UK and Ireland, many of these links courses are world-ranked and have an interesting history. The USA has a very large proportion of the world’s golfers, but there are only about 5 true seaside links in North America.

This is a revision of our ‘Hidden Gem of the month’ blog series. It concentrates on Gems that are true seaside links courses. The links in this series will be chosen from each significant golfing area in Scotland, England, Wales and Ireland. Each blog will introduce the area and highlight 2 or 3 ‘Hidden links’.

To qualify as a ‘Hidden Links’ we believe each links golf course should have many of the following qualities:

·        Of great quality, well up the countries rankings, or of special interest

·        Of good value, typically around half the price or less than their better-known brethren

·        Courses overlooked because of famous neighbours

St Andrews is a small town with a population of about 17,000. The town was named after St Andrew the Apostle and has had an important church since at the 8th century. St Andrews is famous worldwide and known as the "home of golf". The Royal and Ancient Golf Club, founded in 1754, had considerable authority over the games rules and certain championships until recently.

The famous links were acquired by the town in1894 and are run by a links committee. There are now 7 public courses and about 230,000 rounds are played on the links annually. Most famous is the “Old Course” which is always annually oversubscribed and is often a two-course booking with the “New Course".

This fame particularly overshadows two other excellent courses the Jubilee and Eden. They meet our selection requirements as ‘Hidden Links’ for St Andrews.

The third oldest golf course at St Andrew's and many believe the most unappreciated. It was opened in 1897.  Its name was chosen because the opening coincided with Queen Victoria’s Diamond Jubilee, the 60th anniversary of her accession to the throne. The Jubilee was originally intended for ladies and beginners. In 1988 it was converted to a championship layout by the golf architect Donald Steel.

Many locals now consider the Jubilee to be the toughest golf course at St Andrew's. It is closest to the sea and fully exposed to the elements. The layout is more traditional than the Old and New golf courses. It has no double greens or shared fairways. The Jubilee is a proper test of golf with narrow fairways, small greens, and substantial sand dunes, changes in elevation, doglegs, strategic bunkering and tough rough in summer. The finishing 5 holes are testing and include the signature 15th hole.

This challenging links golf course is fair with many memorable holes. Fortunately, it has a very good yardage book.

This will tell you the best line off the tee and the best place to land on the green. It would be very wise to purchase one before your round as it will save you a few shots. (6742 yards, Par72. High season for 18 holes £ 75.

Undoubtedly the best value St Andrews course. It does not compete with Old, New, and Jubilee for quality but is a great warm-up or fun course for mid to high handicap players. One thing that makes it special is that it was originally designed by Harry Colt in 1914. He totally changed the construction of inland courses and was also involved with improving links designs such as the Open Championship courses Royal Lytham & St Anne's and Royal Portrush.

Inland he built many top-ranked golf courses such as the New Course at Sunningdale, Wentworth West and East and a host of lesser-known courses. Golfers still admire his work and play to his designs some 100 years later. Unfortunately, some of his Eden course has been lost to future changes but enough remains to relish. Colt designs are strategic rather than punishing requiring control and accuracy to score well.

The Eden fairways are mainly generous but with many humps and hollows. There are many ‘out of bounds’, sloping greens and strategic bunkers and some dramatic green complexes. Beware the deep pot bunkers. Local advice is that if you end up close to the bunkers front wall the best option can be to declare the ball unplayable. Then you can take a drop in a reasonable spot in the bunker accepting the lost shot but probably saving more. 6250 yards, Par 70. High Season, 18 holes £45.

Get in touch to discuss one of our world-class golf trips across Europe.