WHISKEY FOR REBELS, RASCALS AND RACONTEURS 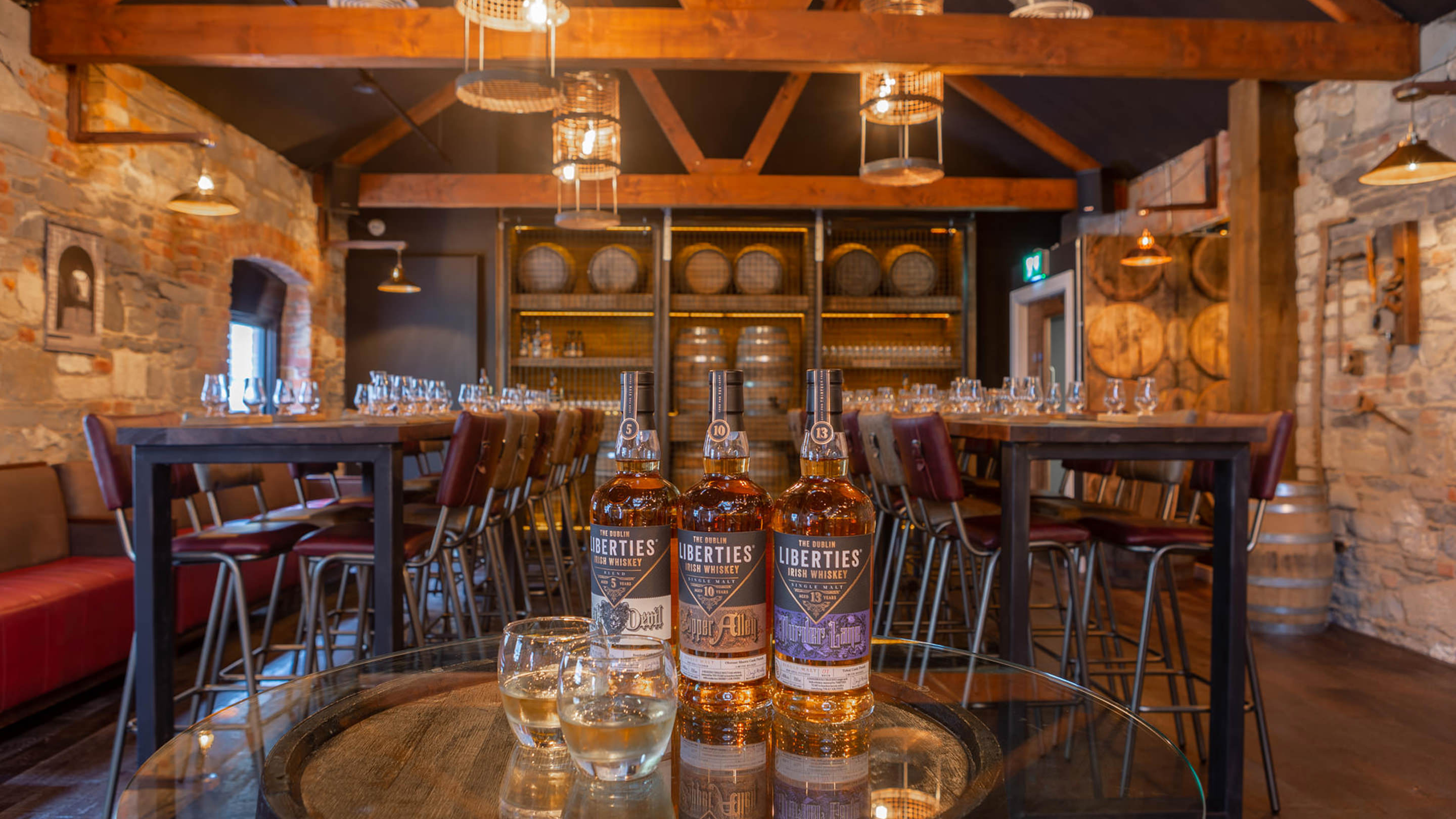 WHISKEY FOR REBELS, RASCALS AND RACONTEURS

Dublin Liberties Distillery opened its state-of-the-art whiskey distillery and visitor experience centre in the heart of Dublin’s Liberties district in February 2019, in an old stone building on Mill Street in the heart of the Liberties that was once a mill and then a tannery. The development of the distillery has seen a complete renovation of a 400-year-old building preserving its original architecture and facade.

At Dublin Liberties Distillery, three copper pot stills work their magic to create the whiskey from water, grain and yeast. The first pot still is named after Lucy Tench, who owned the building over 300 years ago, the second after Darkey Kelly, a notorious brothel owner who was burned at the stake as a witch in 1761 and the third after a famous local character, Molly Malone, who worked in the fish market. The distillery has its own water source a well connected to a hidden underground Dublin river called the Poddle.

The alcohol matures in former bourbon barrels taking three years and one day to legally become whiskey. The distillery boasts a world-class cocktail bar and an industry-leading visitors experience, providing an exciting addition to Dublin’s increasingly vibrant whiskey tourism scene. The visitors experience offers an unrivalled up-close view of modern Irish whiskey making as it happens, with tours around the working distillery.

On the fully guided tour you can see how they make Irish whiskey and hear the stories that inspire Dublin Liberties Distillery. Enjoy a welcome drink on arrival and finish with a tasting of two whiskeys in the surroundings of the distillery bar. A great opportunity to try an award winning whiskey, Liberties Oak Devil, winner of a gold medal in the Business Spirit Awards 2019.