The Secret of the Irish North / South Golf Divide 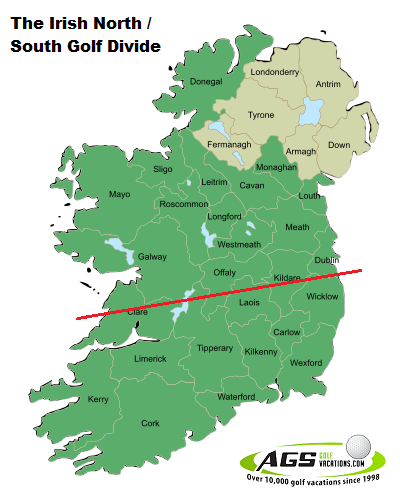 The Secret of the Irish North / South Golf Divide

Golf Course Rankings are a controversial subject and have had quite an influence on the level of Green Fees. If you are planning an Irish golf tour, you need to familiarise yourself with the Irish golfing rankings.

To help you with this, we have made up a Super League of 12 clubs, for which the qualifications were:

Because they were all links courses we then made up a Premier League for which the qualifications were:

What can be derived from this?

What can we conclude?

Well, some golfers will be happy to play the top-ranked courses, but many others may like to play one or two and then stick to the Premier Clubs on the basis that they doubt the ranking makes the top ten twice as enjoyable.

What is the Secret of the North / South divide?

The secret is if you want value more than prestige, stay North of the Line in the Republic.

Hopefully, this guide will help you to plan your next golfing holiday.

Read our client testimonials. Contact us today to book!