Scotland: The Home of Golf 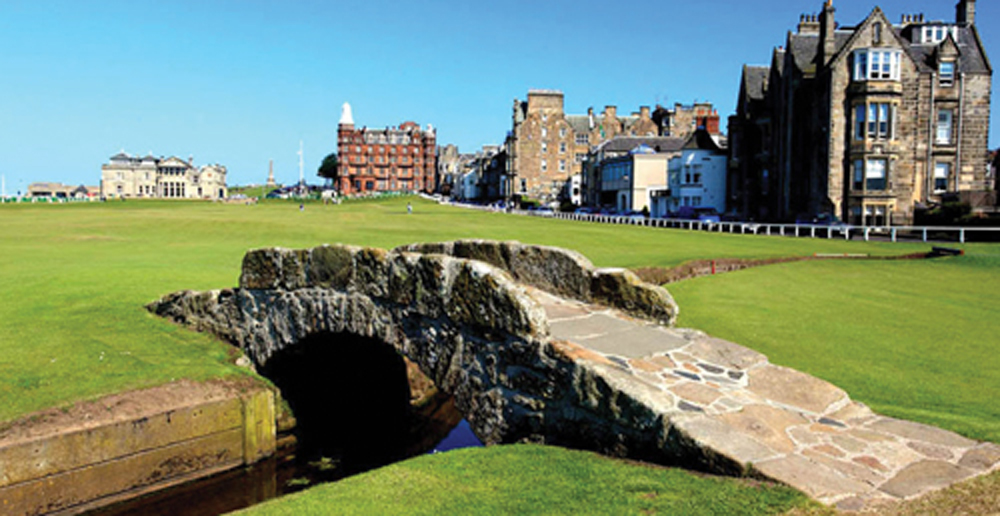 Scotland: The Home of Golf

Choose the Best Course for a Scottish Golf Trip

When golfers consider their ideal golfing trip destination, Scotland is often the first place many think of. After all, it’s a chance to play in the very cradle of where the game started and stride across courses where British Open champions such as Nick Faldo, Jack Nicklaus and Tiger Woods have won the famous claret jug.

What other sport gives you the chance to play famous venues? Most of the Open Championship courses welcome club golfers all year round.

Planning Your Golf Trip in Scotland

There’s likely to be a waiting list to play on the more well-known Scottish courses such as St Andrews Old Course, so plan carefully. Speaking with experts to pre-arrange tee times and put together a suitable itinerary for your golf trip to Scotland would be a good idea.

Perhaps number one on most golfer’s wish list of courses to play, you can really sense the history of the game due in no small part to the medieval surroundings of St Andrews itself.

Iconic sights on the course such as the famous clubhouse and the 700-year-old Swilcan Bridge, where the Open Champion usually poses with the claret jug for photos, will seem familiar due to the number of times they’ve featured on television and in magazines.

The game’s governing body, the R&A, is based at St Andrew's and controls golf throughout the world, except for America and Mexico. The British Open has been played at St Andrew's 29 times as of 2015, the most of any golf course, and returns to the Old Course every five years.

The course is also unique in having seven double greens shared with two holes each, and you’ll have the chance to do battle with the notorious 17th ‘Road Hole’ with its deep ‘Road Bunker’ and green positioned perilously close to a tarmac roadway and wall – both of which are in play.

You could have a varied golf break without leaving St Andrews – along with the Old Course there are six others to choose from.

This rugged and famous golfing test lies at the southern end of the Ayrshire coastline and features both the longest and shortest holes in Open Championship golf. The famous 8th hole, the ‘Postage Stamp’, is a short 123-yard par-3 while the par-5 6th – known as ‘Turnberry’ – is a mammoth 601 yards.

Along with the Championship Old Course, there is a second, the Portland, which allows guests at certain pre-booked times only.

The iconic Ailsa Craig is visible to the southwest, and if you struggle to tame these majestic links you can always enjoy the stunning views from the headland looking across the Firth of Clyde to the Isle of Arran and Mull of Kintyre.

Located in East Lothian and overlooking the Firth of Forth, Muirfield has hosted the British Open sixteen times as of 2015, and English golfer Nick Faldo won two of his three Opens there.

Muirfield has an unusual links golf layout in that it has two loops of nine holes as opposed to holes running in relatively straight lines up and down the coast. This makes for tricky conditions as the wind direction mostly varies from hole to hole (assuming the wind blows in the same direction throughout your round).

Located in Angus on the east coast, Carnoustie is considered by many tournament golfers to be the most difficult of all courses on the British Open rota. It hasn’t hosted many Opens in recent times – just three from 1975 to 2015 – and was extensively revised before the 1999 tournament.

The infamous Barry Burn awaits balls that are hit too short of the 18th green – indeed, the final hole has been the scene of many moments of final round Open drama.

With its majestic hotel and four golf courses, Gleneagles has become synonymous with golf in Scotland. It hosted the Ryder Cup in 2014 on the Jack Nicklaus designed PGA Centenary Course, and the complex is situated in Perth and Kinross in the town of Auchterarder with its one and a half-mile long High Street.

Scotland bristles with great golf courses set against stunning scenery. There’s Loch Lomond, set on the banks of the famous loch and the venue for several Scottish Open championships over the years. You’ll need to be guest of a member to get a game there though.

How about a round at historic Prestwick? Situated in Ayrshire, this classic links was the venue for the first British Open in 1860, and hosted it 24 times, second only to St Andrews, up to its final one in 1924.

Royal Dornoch rewards those prepared to head far into northern Scotland, with stunning scenery and great golf, and you’ll soon see why these links enjoy something of a cult following – especially in the United States.

Don’t forget to investigate other courses without the ‘name’ of those above – Scotland can offer you no end of golf challenges trip after trip.

For more Celtic destinations, take a look at our golf tours in Wales and Ireland. We offer stellar trips around the best courses in England too.

Contact us today to get the ball rolling on a golf tour you'll never forget, at some of the world's best courses.