On Ayshire’s rugged coast, Southwest of Scotland sits the scenic Trump Turnberry Resort. Home to some of the finest Scotland golf vacations, Trump Turnberry resort is renowned for its rich history, extraordinary beauty and elegant style. The course boasts of 3 links golf courses, a five-star hotel, a golf academy and stunning views of the famous Turnberry Lighthouse and the Irish Sea.

Trump Turnberry was initially just known as Turnberry, but the name was later changed when current owner Donald Trump purchased the hotel and its golf courses in 2014.

Since gaining ownership, Trump has made incredible changes to both the lighthouse and the courses. The Turnberry lighthouse which is a significant feature of the Turnberry resort has been transformed into a luxury retreat featuring elegant suites and a bar. It is also used as a halfway house on the 9th hole on Ailsa golf course by passing golfers.

History of the Trump Turnberry Resort

The Turnberry Golf Course was born in 1902 after golf course architect Willie Fernie was contracted to design a championship course by the Marquess of Ailsa. In 1906, the Turnberry Hotel was built.

During the First World War, the property became a base of operations for the military and the hotel was used as an infirmary for the injured. Following the end of the War, the first and second courses were rebuilt and were named Ailsa and Arran.

During the Second World War, both the property and the hotel were requisitioned and used as a military base. After the War, Mackenzie Ross restored the courses to their high standards and in 1951, the Ailsa course was re-opened. 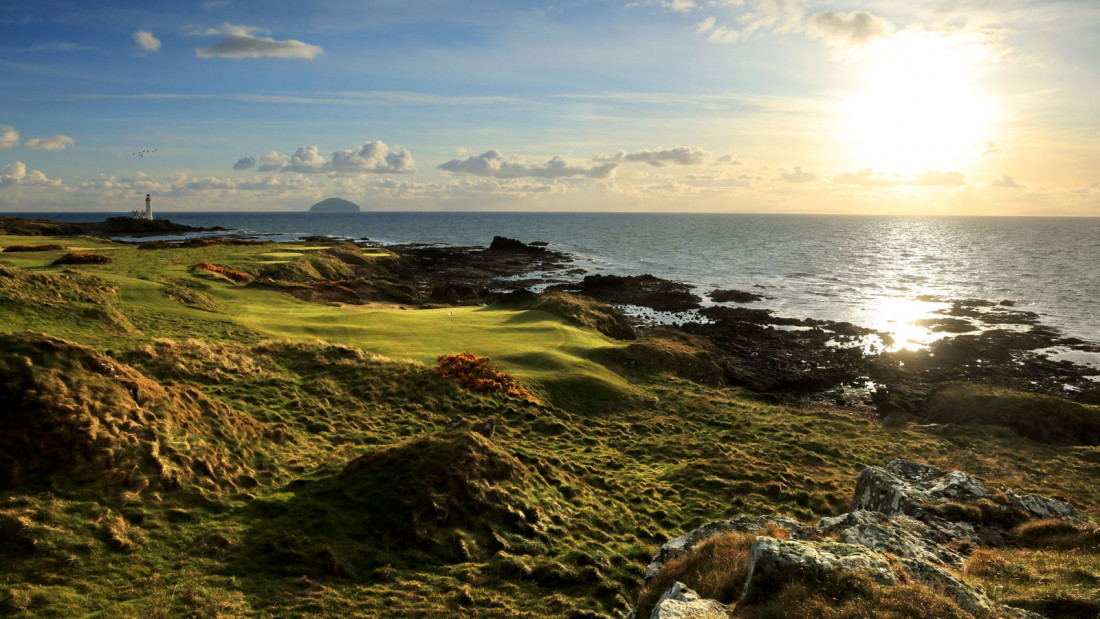 The Ailsa Golf Course is one of Europe’s most beautiful golf courses measuring 6, 474 yards and playing at a par 71. After its restoration, the course was reopened in 1951 and played host to its first Open Championship in 1977.

The 1977 Open will forever remain in golf history as one of the most dramatic head-to-head duels between professional golf players.  In the 1977 Open, Tom Watson won the championship by a single shot after a dramatic play with Jack Nicklaus.  In 2003, the 18th hole was renamed “Duel in the Sun” to commemorate the 1977 battle between the two legendary golf players.

Most recently, the course underwent major renovations overseen by designer Martin Ebert.  Alterations were made from the 4th hole to the 11th hole.  The fourth, sixth, ninth and eleventh holes now play as par 3s and the 10th hole now plays a par 5.

Kintyre may not have Ailsa’s great reputation, but it definitely offers golf players a superb golfing experience.  With stunning views of the Turnberry lighthouse, Kintyre and Arran, the Kintyre course is a more challenging course than the Ailsa, thanks to golf course designer Donald Steel who made incredible improvements to it.

Although, the Ailsa may have hosted the Open Championship four times, but many golf players will tell you that the narrow fairways and deep greenside bunkers of the Kintyre make the course more challenging and demand great accuracy compared to the Ailsa. 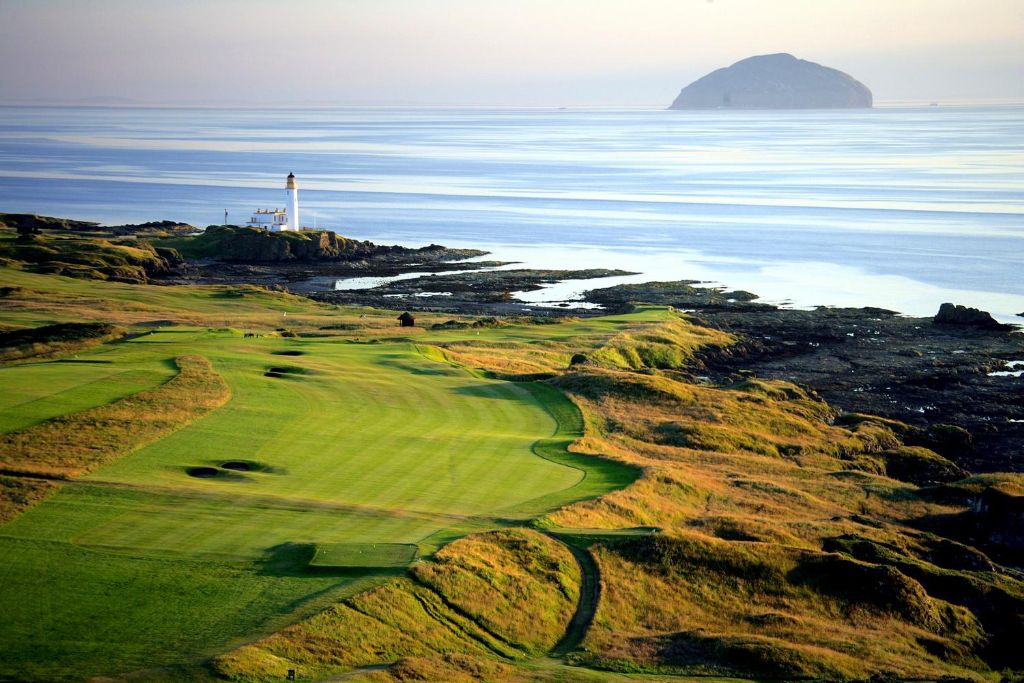 The Arran Golf Course was established in 1901, but the Kintyre course was redesigned and built over most of Arran’s old layout. The new Arran Course was opened in 2002 and is mainly used for teaching the game of golf.

Arran course is a par 31 nine-hole course measuring just 1825 meters making it the shortest course on Trump Turnberry.  The course is an ideal training ground for both professional and amateur golf players. It maybe small compared to Ailsa and Kintyre, but Arran course offers golf players some degree of challenge.

To learn more and experience golf at Trump Turnberry Resort, check out the Best of Scotland Golf Tours.