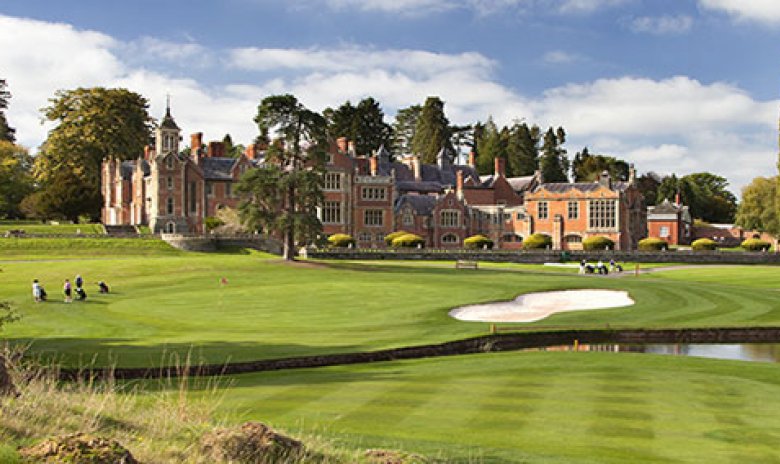 This series covers East, North, West and South Wales each in separate blogs. We put forward a typical itinerary for each area introducing courses that are challenging and almost without exception in terms of their scenery.

A significant percentage of golf courses in Wales can be considered ‘off the beaten track” except perhaps in South Wales. However, even in the South, you do not have to stray far from the motorway to find a remote challenging course on a clifftop or on a mountain top and more….

Below each itinerary, you will find a few sightseeing opportunities.

This first tour starts at Chepstow from where you head north for about 150 miles. At Chepstow, on the bridge across the River Wye, you can stand with one foot in England and the other in Wales.

The tour follows close to the ancient earthwork Offa’s Dyke which is close to the present border between Wales and England. Travelling north you pass through beautiful countryside initially up the Wye Valley to Monmouth.

You continue via the Brecon Beacons to Builth Wells, then Llandridnod Wells, Welshpool and finally Llangollen. There is much of interest throughout, from great golf courses to exceptional scenery. Some sightseeing is suggested below the Itinerary.

Day 1 - Arrive, met by AGS Representative, collect auto or meet your private driver/guide. Starting from Chepstow, drive to the 4* Royal Lodge hotel at Symonds Yat near Monmouth for two nights.

The Royal Lodge hotel is located in an area of outstanding natural beauty overlooking the River Wye. This is a tranquil spot just below Symonds Yat Rock, an internationally renowned viewpoint. The hotel offers award-winning accommodation and food.

In partnership with Henry Royce the first engine bearing their famous names was built here. The golf course is designed in two halves which are separated by a large wooded hill area.

The club was once represented on tour by a young, up-and-coming Aussie named Greg Norman. 6733 yards, Par 72.

Day 3  – Play Cradoc Golf Club on route to the 4*Lake Country House Hotel & Spa near Builth Wells for two nights. It is a parkland course in an elevated position on the northern slope of the Usk valley.

There is a natural peacefulness on the course and a backdrop of the spectacularly beautiful scenery of the Brecon Beacons National Park.

The 4* Lake Country House Hotel & Spa lies in the heart of the Welsh countryside at Llangammarch Wells. It is a sophisticated 19th-century retreat with beautiful lounges, thoughtfully furnished rooms, fine antiques, paintings and sumptuous furnishings. The Spa has a swimming pool, sauna, gym and an outdoor balcony hot-tub. Using local produce the restaurant creates modern Celtic cuisine and has an extensive wine list.

There are two signature holes: the 10th and 16th each with challenging shots involving the river. The unique clubhouse is a converted 15th century “Welsh Long House”. 5444 yards, Par 66.

Day 5 – Play Llandrindod Wells on route to the 4* Lake Vyrnwy Hotel & Spa at Llanwddyn, near Welshpool for 2 nights. Llandrindod Wells golf course remains today largely unchanged since its inauguration in 1907.

There is lush upland turf that aids ball striking on the fairways, also turf banks, natural hazards and well protected true greens. The notorious 13th tee shot needs to carry a high bank some 200 yards away. The 18th offers a challenging 250 yard carry over a deep valley.

You can admire the Buzzards and Red Kites which patrol the sky above the course. 5769 yards, Par 69.

4* Lake Vyrnwy Hotel is on the hills of the Berwyn Mountains at the edge of Snowdonia National Park and overlooking Lake Efyrnwy. The elegant rooms have wonderful views and the stylish restaurant serves a creative evening menu and has an AA Rosette. There is also an impressive spa, fully equipped gym, tennis courts and lake fishing facilities.

Day 6 – Play Welshpool – The golf writer Bernard Darwin described this moorland course as a beautiful place perched on the top of the world. However, it is not only known for its spectacular views with Snowdonia as a backdrop.

The course is relatively short but demanding, tee shots require care and most greens are elevated. The complex layout crosses four mountain tops so you are constantly playing up or down the mountain or on the side of one. 5700 yards, Par 70.

Day 7- Play Llangollen and Depart - Vale of Llangollenis a championship course with manicured fairways and superb greens. It is on the banks of the River Dee overlooked by the splendid Welsh hills.

The standard scratch of 73 makes it a tough challenge from the back tees. The river holes at 9, 15 and 16 are excellent. The signature 9th is regarded as one of the best holes in North Wales and the 18th a memorable finishing hole.

Chepstow is an ancient town with a large Castle strategically high over the River Wye. The castle’s Great Tower was authorized by William the Conqueror barely a year after the Battle of Hastings, making this Britain’s oldest surviving post-Roman stone castle.

The town has a museum and the main gate and parts of the town wall survive. St Mary’s Priory Church s is the earliest example of Romanesque architecture in Wales. The intricately carved sandstone arch over the west door is unmistakably Norman.

On the way to Symonds Yat you pass Tintern Abbey, the first Cistercian Abbey in Wales dating from 1131. The 13th century West front is one of the greatest pieces of Gothic architecture in Britain. The statue of Our Lady of Tintern is mounted in the south aisle of the abbey.

Monmouth originated in Roman times with a small garrison. In the 13th century, a bridge was built across the River Monnow. It has a fortified gateway, unique in Britain. The famous Monmouth cap was worn with pride at the Battle of Agincourt, which is appropriate as Henry V, the illustrious soldier King, was born at Monmouth Castle in 1387.

The Welsh name for Knighton translates to ’town on the dyke’. It was built on Offa’s Dyke, a defensive ditch and dyke stretching from Prestatyn on the North Wales coast to Sedbury at the Severn estuary near Chepstow.

Llandrindod Wells is a purpose-built 19th century Victorian Spa town. It has canopied streets, gabled Villas and ornamental parklands. Visitors came to this premier Spa in Wales to benefit from the sulphur and magnesium spring waters.

Vale of Llangollen is the venue that hosts its International Eisteddfod in July each year. Singing groups and dancers come from many countries to share their national folk traditions in one of the world’s great art festivals. The beautiful valley has many attractions.

See more of our golf tour packages in Wales, and see what else is on offer around the British Isles in England, Ireland and Scotland.

Contact us today to start a conversation about our unforgettable golf tours.