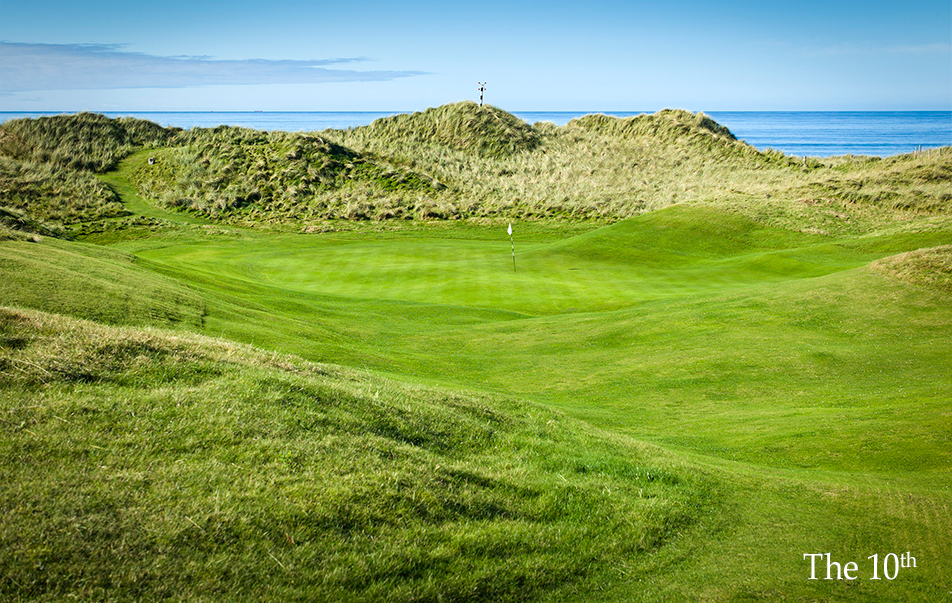 The Kintyre Peninsula is 30 miles long and its southern tip, the famous “Mull of Kintyre” is only 12 miles from Northern Ireland. Its main town is Campbeltown where a world-famous Springbank single malt whisky is produced. The area has many Stone Age remains including six stone circles, some stones over 5 meters high at Machrie Moor on Arran.

The area was colonised by Gaelic speaking people early in the first millennium, then by Norway and finally passed to Scotland in the 13 century for a considerable payment. Bute was an important submarine base in World War 2 and the audacious Midget Submarine attack on the battleship Tirpitz was planned there.

A Typical Golf Tour Itinerary on the Kintyre Peninsula

Day 1 - Arrive at Glasgow, Edinburgh or Prestwick Airport, met by AGS Representative, collect auto or meet your private driver/guide, drive to ferry at Ardrossan, cross to the Isle of Bute for two nights at the 4* Glenburn Hotel.

Day 3 – Cross to the Mull of Kintyre via the five-minute crossing from Colintraive to Rhubodach. Drive to the 4* Royal Hotel at Campbelltown for 2 nights. Play Machrihanish Dunes, a relatively new course with breathtaking views, located on unspoiled linksland. It is on environmentally protected land so the design had to be traditional. This gives you an opportunity to create and craft imaginative golf shots just as the men of Scotland did centuries ago.

Day 4 – Play Dunaverty a traditional natural links golf course which weaves through wind-contoured terrain with natural hazards on every hole. The pars 3’s are tricky ranging from 123 to 245 yards in length. 4799 yards, par 66.

Day 5 – Play Machrihanish Championship,  a splendidly presented and highly ranked links golf course. The opening hole presents one of the greatest views in golf followed by a further seventeen challenging holes of true links golf. Take the short ferry crossing to the Isle of Arran and the 4* Auchrannie Resort at Brodick for two nights.

Day 6 – Play Shiskine, a seaside links founded in 1896. The location is unforgettable with wonderful views and the greens are exceptional. It is testing and quirky with many blind holes. Tour the island of Arran, often called “Scotland in Miniature”. 12 holes, 4565 yards, par 64.

Day 7- Take the ferry from Brodick to Ardrossan and then the short ferry crossing to the Isle of Millport. Play Millport, a heathland course formed in 1888 on high ground above the town.  It demands careful shot-making and ‘out of bounds’ comes into play in the first 7 holes.  At the 2nd ‘out of bounds’ faces you right and left. . 5828 yards, par 68.

Learn more about all of our Scotland Golf Tours and book one today. We also run tours across the UK mainland in England and Wales. And if you'd rather play in the sun, see our golf tours of Italy, Portugal and Spain too.

Contact us today to start planning an unforgettable golf tour!