Focus on golf around London. 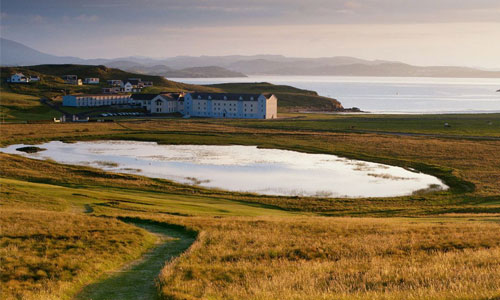 Focus on golf around London.

There is no doubt that you can get the best of both worlds in England
with some world-class golf courses as well as an internationally
acclaimed city steeped in history and culture. The city is well
documented but few can resist the temptation to talk about how fantastic
the golf courses are. To be fair there are many golf courses that
deserve mention but we have focussed on four which will astound you in
their beauty and design.

If you want to see a golf vacation where you play all of these courses, click here!

Sunningdale Golf Club is a golf club in Sunningdale, Berkshire, England,
located approximately 30 miles (50 km) west of London. Sunningdale Golf
Club was founded in 1900 and has two eighteen-hole golf courses: the Old
Course, designed by Willie Park, Jr., and the New Course, designed by
Harry Colt. Sunningdale has hosted many prestigious golf tournaments,
including the British Masters, Walker Cup, Women’s British Open, and The
Senior Open Championship. Since 2004, Europe’s International Final
The qualifying tournament for The Open Championship has been held over both
the Old and New courses at Sunningdale.

Virginia Water, Surrey on the south-western fringes of London, not far
from Windsor Castle. The club was founded in 1926. Wentworth Club one of
the world’s finest golf and country clubs – is an oasis less than an
an hour from central London, with the famous castellated Clubhouse, three
championship courses, a Tennis & Health Club, an active social calendar
and dining inspired by The Ivy and Le Caprice. This is a club for all
the family, where all benefit from the excellent quality of the sports
facilities, hospitality and social.

Walton Heath Golf Club is one of the world’s most famous clubs. The two world-class championship courses have hosted nearly ninety significant amateur
and professional championships and events, including five European
Opens, The Ryder Cup and most recently the U.S. Open Qualifying. The
world•s top players have taken on and enjoyed the challenges of these
two outstanding heathland courses for over a century. Walton Heath is
less than 20 miles to the south of the centre of London.

The Berkshire is one of a group of famous courses laid out amid the
extensive trees and heather to the South and West of Windsor Castle. The
Berkshire is the youngest of the big three clubs in this superb golfing
country, having been founded in 1928, 17 years after Sunningdale and 4
years after Wentworth. The two courses, Red and Blue, were both laid out
in 1928 by the Herbert Fowler, who also designed Walton Heath, and
Cruden Bay.

Check out our golf tours to England to visit some of these quality English golf courses.