England’s Middle Trail of authentic MacKenzie designed golf courses introduces six golf courses from five different counties, Derbyshire, Cheshire, Lancashire, Yorkshire and Warwickshire. All of these courses are moorland or heathland or a mix of both. Despite five counties this is the second shortest of our 4 trails. The original landscapes had exciting natural features at Reddish Vale and Cavendish. This delivered to MacKenzie an opportunity that golf architects dream would come their way. He had the chance to create each course entirely according to his well-known ideas and principles. They both had little chance of serious expansion so are still authentic MacKenzie gems. The trail starts at Sutton Coldfield near Birmingham, moves to Prestbury near Manchester and ends at Leeds. 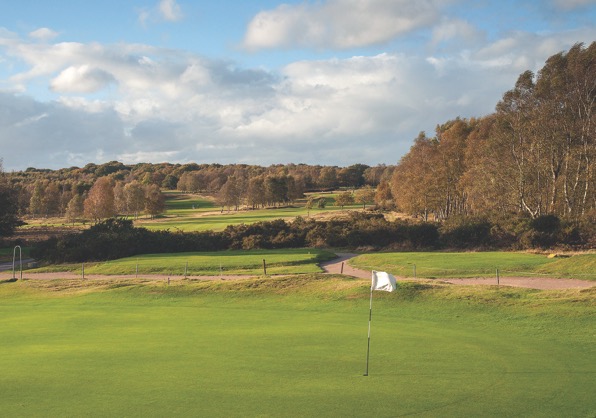 Sutton Coldfield is a true, fast running, fine heathland golf course. It is a fair, but frequently stern test in idyllic surroundings. There is real sense of openness and being a miles from anywhere whilst playing here, especially on the stretches of holes 3 to 7 and 12 to 17. A number of trees have been added over the decades but there is still a pure heathland feel about the course. On many holes your view of the drive is obscured by large gorse bushes and other encroaching foliage, and on several drives you also need to carry the heather that is much in evidence and provides a natural alternative to fairway bunkers. Holes such as the 15th, an outstanding par three, belong on any of the country’s finest inland courses. The fifth, sixth and seventh are great holes but unusual in that they are consecutive par fives. 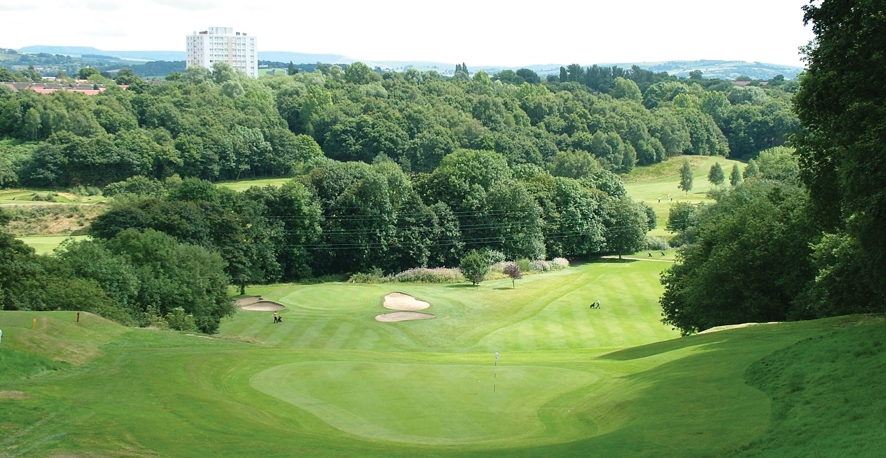 Reddish Vale was Alister MacKenzie’s third eighteen hole course. It is an unheralded design gem that has been said features some of the most memorable holes in the game. The river is a feature not often found in English golf and it brings a real sparkle to the proceedings at Reddish Vale. The course is not long enough for modern tournaments. This is because it is hemmed in by natural features that include the winding river and steep embankments. Its par is 69 and there isn’t room to extend its current 6,100 yards. The advantage for the average golfer however is that the MacKenzie design has been largely retained. The thrills start with the downhill approach shot on the first where you must clear a 100 yard wide ravine, then continue.

At Cavendish Golf Club the general characteristics of the course are part heathland and part moorland. There are challenging contours intermingled with pine-woods and streams, hummocks and hidden gullies. MacKenzie, faced with such natural features, had the opportunity that golf architects dream would come their way. He had the chance to create the course entirely according to his well-known ideas and principles. Many believe that this resulted in the best layout that he has created for UK and Ireland golf tours.

There is an outstanding diversity of fascinating and thought-provoking holes, providing a balanced and challenging round even though it is only 5,800 yards, par 68. The first two holes ease you into the round then the 280 yard 3rd is a clever design with a fall-away green. There are some truly memorable holes such as the 10th, 11th and 18th and an excellent set of short par 4s.There is an abundance of wildlife such as buzzard, sparrow hawk, kestrel, deer and hares which adds to the experience of playing in this quiet area of Buxton. 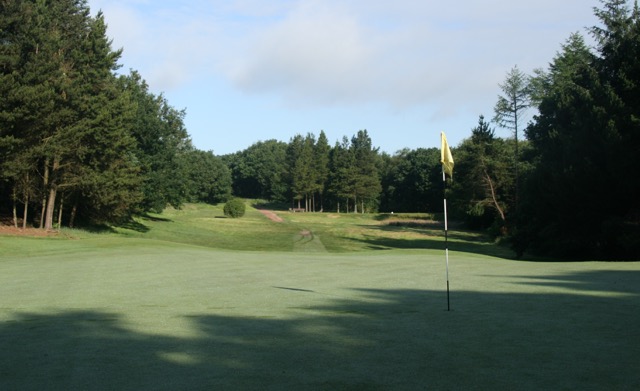 The golf course is relatively open moorland and not a links in today’s terminology. It follows the contours of the undulating landscape to great effect. Laid out in two loops of nine, one inside the other clockwise and anticlockwise ensures that whichever hole is being played the wind will have some bearing on club selection. The highest point of the Golf Course is the 12th named “Kicking Donkey”, about 830ft above sea level. The elevation provides stunning views of all the surrounding Counties but makes the course especially tough when the wind blows. This fantastic championship golf course, measures 6432 yards from the back tees, par 72. The renowned “Mackenzie” features are very much in evidence to both frustrate and excite the real enthusiast. 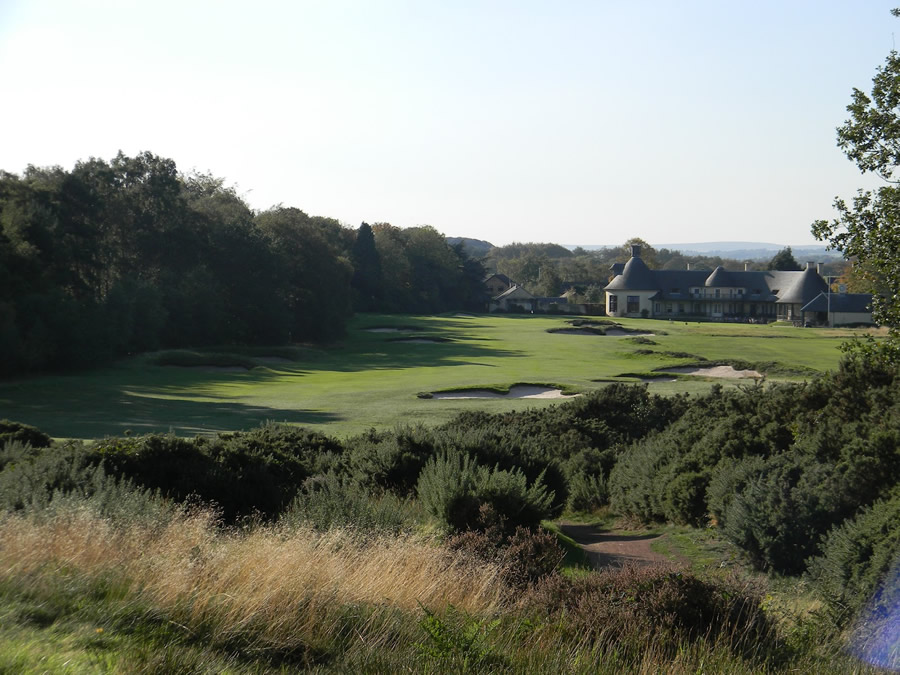 Alwoodley is recognised as one of the finest inland courses in England and is the pick of a cluster of courses stretching across the moors north of Leeds. Dr. MacKenzie’s design is one of rare subtlety and sophistication. Alwoodley is a natural heathland/moorland course with fine crisp springy fairways. There is a profusion of heather, whins and shrubs. The bunkering is superb requiring strategic choices. The greens are large and many are undulating. It is an out and back course with the inward nine normally tougher as most holes are played into the prevailing wind from the Yorkshire Moors. It is 6900 yards, par 72 from championship tees. 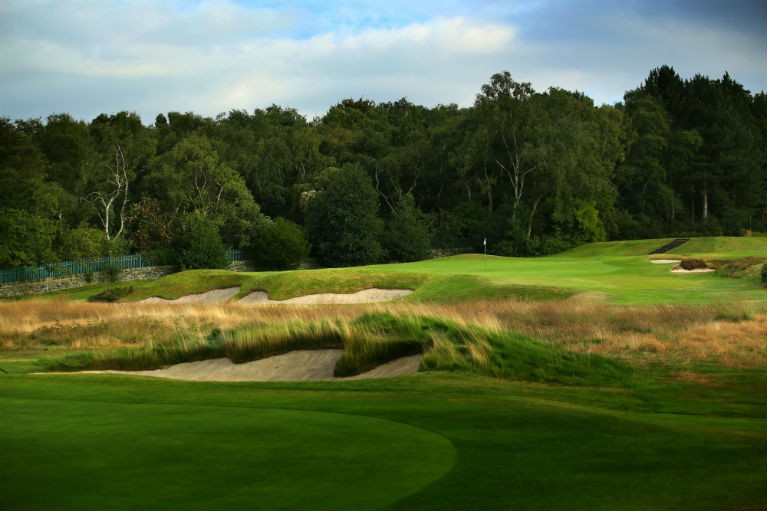 Moortown off the back tees is now up to 7000 yards (par 71 SSS 75) and it possesses some very testing, long par fours. It is a classic moorland course with lovely bouncy turf. The 10th known as Gibraltar is the signature hole 156 yards par 3. The name comes from it being built over a large rock. The thought-provoking holes, in keeping with MacKenzie principles, offer a great deal of variety in look feel and shot-making.