Think your way to victory on the golf course! 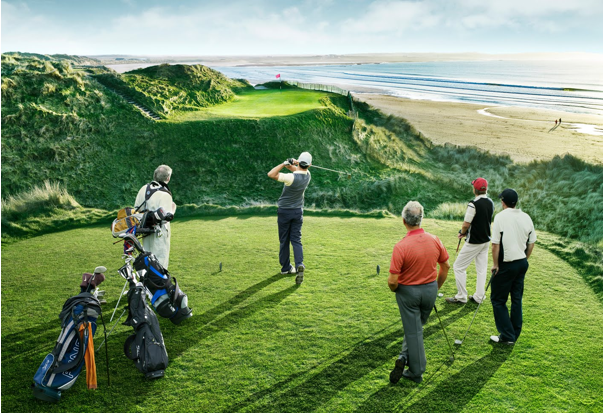 Think your way to victory on the golf course!

The old adage is, “Golf is 90 percent mental,”… an adage that deserves some discussion but we say it does have merit! If you ponder about it we tend to be defined by the way we think, rather than by the way we swing.

So why then are golfers measured by their physical attributes? Maybe because they are more obvious than the mental ones? You never hear someone say, “That was a great club selection,” or “You have the most beautiful set up!” These things get little credit, yet they are clearly the way for success and sometimes have a greater effect on a shot’s outcome than the swing itself.

So that is stupendous news for all of us because by thinking smarter, we should be able to start to cut strokes off our score. For sure without the benefit of a mental game, the rest of your game will never be at the level it could be. Lets us give you some helpful hints to start with.

In golf there is a great tendency is to look ahead or dwell on those holes you’ve played… both will clog your brain with distracting thoughts. So we have to focus on the ‘now’, but how hard is that?

Most golfers are shocked by the mistakes in their game; lets see… if they scuff a drive and let it preoccupy them for the rest of the game then they are not only battling the opponent, but all so themselves – doubly difficult!

One way to keep in the now is to focus little parts of the shot rather than the complete shot. For example, if you have a tricky chip over a bunker then it is better to focus on the preparation process. Pick a safe target, aim the clubface and align your body, key on one swing thought, and then let it go. If you get lost in the process, thinking positive, constructive thoughts, your performance will improve.

Realize that you have limitations and your golf game has to fit with your physical make-up and play within those limitations.

So lets put this in perspective. Even the golfing greats know the importance of the mental side of golf and some struggle to overcome it. Take Tiger Woods – some say that the really issue at the heart of this poor form of late is the way he mentally plays his way around a golf course. Will he ever be able to regain the form of before. We say yes… if Tiger can hit one great shot he can hit many great shots and the difference is how he feels at the beginning and during the shot.

So in finishing… make sure you focus on just one aspect of the shot, relax and focus on that and watch your shots per game drop.

This mastery of this mental game will help you tremendously when you come and play in Scotland and Ireland. We want you to play well and enjoy your vacation. Too see some of the great golf courses you can play click here!