The Story of the “Home of Golf” 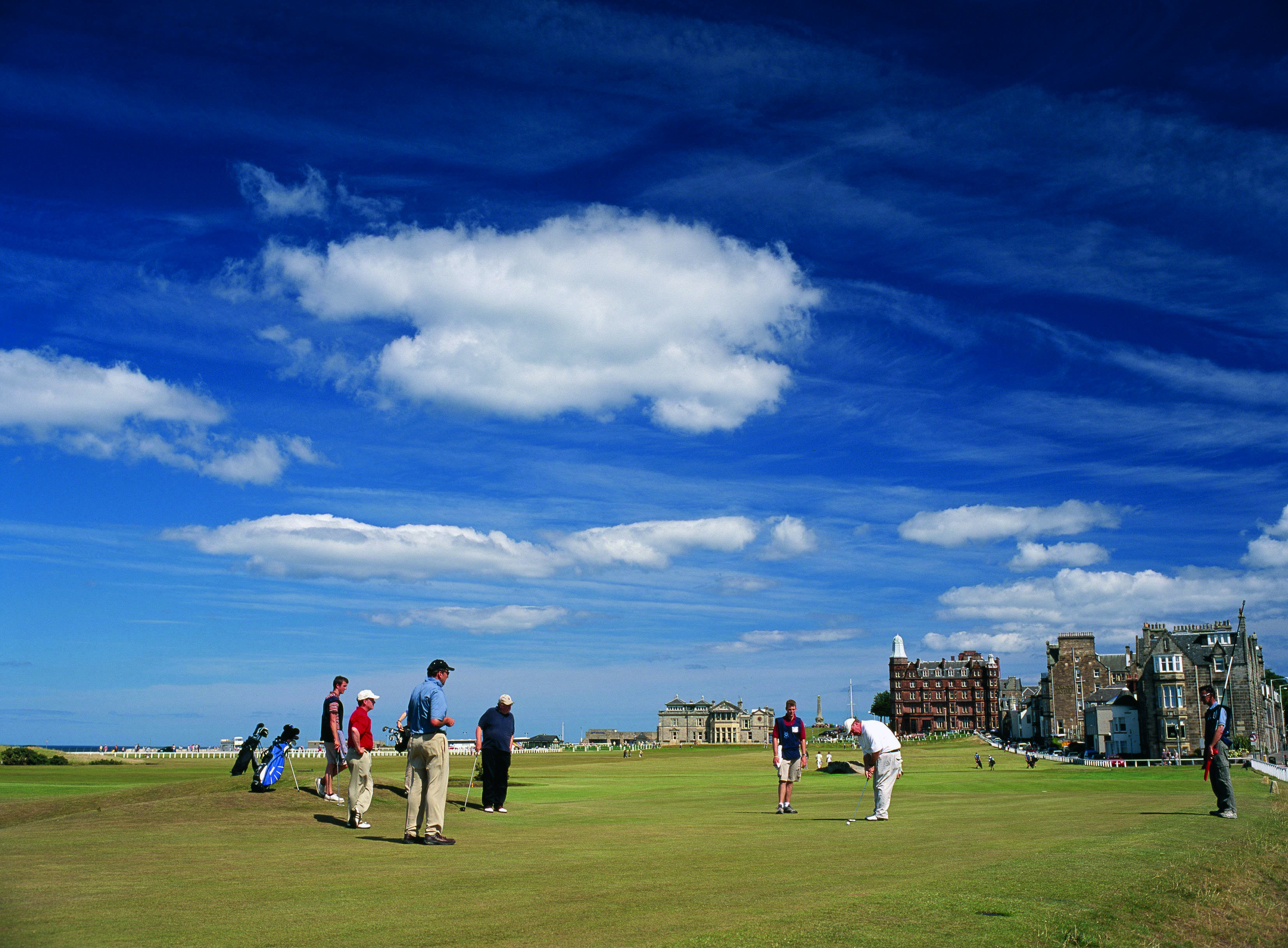 The Story of the “Home of Golf”

The Cheape name was first used by Pictish families in Stirling before the Norman Conquest. James Cheape of Sauchie was a founding member of the Society of St Andrews Golfers. Sauchie is just a few miles from the family roots in Stirling. The family’s contribution to the development of the Links is not always acknowledged. In 1782 James Cheape of Wellford purchased Strathtyrum estate bordering the southern part of the Links. He was a capable golfer and in 1787 he was Captain of the Society. The town had been in decline for some time and in 1797 the Town Council entered negotiations for the sale of a large part of the links, with some safeguards for golfers. The purchasers had plans to breed rabbits for meat and pelts. This damaged the links and a period known as the ‘rabbit wars’ followed with a legal battle between the rabbit merchants, the local golfers, the town council and the Society.

In 1801 Mr George Cheape the current Captain of the Society complained to the Town Council about the destruction of the golfing area of the links. The ‘rabbit wars’ were not resolved by the courts.  James Cheape of Strathtyrum bought the feu (a feudal tenure for which annual rent was paid) from the merchants. This was to end future litigation and he said that he it was a service to his successors and to the Society. This intervention was most important in the development of the ‘Home of Golf’.

If we move forward, through two generations and three Cheape lairds, we come to another James Cheape of Strathtyrum in 1892. His actions were the most important to St Andrews with respect to tenure of the links. He was a member of the renamed ‘Royal and Ancient Golf Club of St Andrews’. His estate management was important to him and he decided to sell the golfing part of the links with some safeguards for golfers. The R & A and Town Council were prospective purchasers and initially the R & A bid was highest, accepted and they became owners in 1893. However, the Town did not agree that this was correct and petitioned a Bill in Parliament. The 1894 Links Act was a compromise. The town could purchase the links from the R&A, as a public recreation ground. The R&A would maintain the Old Course and lay out a New Course to cope with overcrowding.

The family later provided more land for the Eden course, the Strathtyrum course and the Balgrove. The authorities running the St Andrews courses could always trust this family to act in a business-like manner but to respect the rights and wellbeing of the golfers and the town.

Sir Hugh was born in Meigle, famous for its museum of Pictish Stones. He was a student at St Andrews University then served in India with the Honourable East India Company’s Bengal Artillery Regiment, where he rose to the rank of Major. He retired in 1834 and settled in St Andrews. This choice could well have been because he had become an excellent golfer whilst in Calcutta in India. He then served as Provost of St Andrews from 1842 until he died in 1861.

Sir Hugh was a man of great energy and administrative ability. As Provost he seemed determined to stop the decline of the town that had lasted for too long. The streets needed paving and some buildings and walls were also in a parlous state. There were dunghills and pigsties with animals free to wander and sewage uncontrolled. The links were in no better state and the Society of St Andrews Golfers which had been renamed ‘The Royal and Ancient Golf Club of St Andrews’ was in decline.

He tackled all three problems. Within 20 years the town had wide pavements and streets, fine houses, a greatly improved education system and university and harbour improvements. It was now a desirable Victorian town with prospects for the future. He was also involved in the process that led to a railway line from Leuchars to St Andrews in 1852. This led to more golfers visiting and people coming for sea bathing. With golf free at St Andrews pressure built for a second golf course.

His first priority before becoming Provost was the links. He was the driving force behind the renovation of the links which was paid for by the Golf Society. There had been no serious effort previously to improve the course. It was widened and lengthened and a first effort was made to provide separate holes outward and inward. Further improvements came later and it is probable that he had the changes made to form the double greens.

Sir Hugh was a member of the R & A and became Captain in 1856. He played a leading part in founding the Union Club which was mainly for archers but set aside a room for golfers. Later the Union Club and R & A amalgamated and a new clubhouse was built. In 1856 also he was knighted and also received an honorary degree of Doctor of Laws by the University of St Andrews. It has been said that he was one of the people without whom St Andrews would not be the ‘Home of Golf’ that it is today.