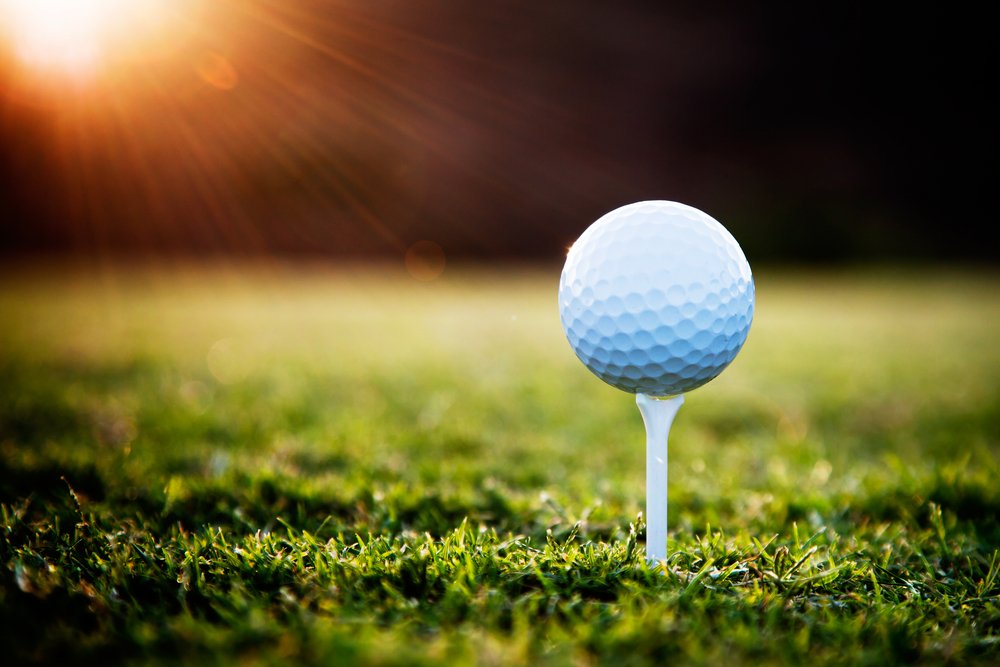 Early golf balls were expensive and not long-lasting so the game was only available to the wealthy. Improvements were very important and would eventually change the game to be popular and available to all. In the 15th and 16thcenturies, although there are some records of golf ball purchases, their construction is not documented.

Many people assume that the earliest balls were wooden. Others say that there is no evidence of wooden balls being used on links. They suggest that wooden balls could be used for a form of golf that was played in the streets. It has been estimated that wooden balls would travel only about 75 yards and have little aerodynamic properties, so the doubters have a case.

Opponents of wooden balls postulate that until the early 17th century, when the first ‘feathery’ golf balls were introduced, there was an alternative to wood. The Dutch produced a predecessor to the feathery known as a ‘hairy’ ball which was stitched leather filled with cows' hair, or something similar. This ball would be quite suitable for the Scottish Links. They believe that from 1486 these balls, which were made in large quantities, came to Scotland from Holland.

Eventually, the Scots copied the design and they were produced in Scotland by leather workers and cobblers from around 1554. These balls were referred to as 'common' balls and cost 2 shillings. This was about half the price of the feathery’s that flourished from the early 17th century. They could be hit about 140 yards and were prone to water damage. They continued in use for decades after the feathery was introduced.

It is not known where or when the feathery was first developed. In 1618 King James VI decided that too much gold and silver was going to Holland for the purchase of golf balls. He granted a 21 year patent to James Melville and William Berwick to make golf balls in Scotland and naturally the King would benefit. However, this license was later successfully challenged and became unenforceable. This could suggest that the first feathery’s came from Holland.

Feathery balls had hand sewn leather casings stuffed tightly with enough chicken or goose feathers to fill a top hat. Both materials were wet during construction. The leather shrank upon drying whilst the feathers expanded resulting in a tight fit. Three coats of white paint were applied. The downside was that when wet these balls would lose their shape and split. The feathery golf ball had a big influence on golf club design and was the ball of choice for wealthy golfers from around 1620 to 1848. Feathery’s could be packed firmer than ‘hairies’ and could travel around 190 yards.

However, the cost of a single ball was the same as you would pay for a driver. They were expensive and golfers needed plenty of balls. The balls were just too expensive for the average worker.

The Gutta-percha (Gutty) ball is credited to Robert Paterson, a keen divinity student golfer at St Andrews University in 1848. Gutta-percha is a tree from South East Asia. A resinous sap from it can be made into a substance similar to latex. By heating gutta-percha it could be moulded into a ball shape. Compared to a feathery it was inexpensive and could be repaired by reheating. When he tried it out the initial attempts were not very successful.

When Paterson completed his studies he emigrated to America. He passed the results of his work to his brother before leaving thinking that with development it could be of value. In 1846, his brother sent an improved version to London but there appeared to be no interest.  However with no patent, the ball was gradually improved and made by a number of ball makers, particularly in England.

Comparison with the Feathery

The Guttie lasted longer than the feathery but still deteriorated by today’s standards.

It was not so vulnerable to moisture but did not survive well in cold weather or very high temperatures. The Guttie would go further, one report says a maximum of 225 yards and another says up to 246 yards. Initially, it tended to duck in flight but this was overcome by scoring. Then by hammering and later moulded with surface patterns, then raised dimples followed by recessed dimples.

It was easier to control in the air and on the green and so made it easier to learn the game.

Gutty balls could withstand the blow from iron clubs so metalworkers began to craft iron-headed clubs. As already mentioned, the price was a significant factor.

From early in the 1860s, the feathery’s days were over. The introduction of the “Guttie” led to the game being available to far more golfers.

The original gutty balls were smooth and lost some length compared to a feathery. Players noticed however, that when scuffed, the gutty would go further. By 1880 the process was modified and balls were produced with patterned surfaces, to increase distance. Within a decade mechanisation led to mass production of balls and the hand ball makers could not compete. This made the game even more affordable. The gutty ball also led to changes in clubs such as long nosed woods which were easily damaged by the gutty.

In 1898, some 50 years after the Gutty was developed, Coburn Haskell, an American, invented a new ball. The interior was made from a winding of rubber elastic thread. He formed the Haskell Golf Ball Company in 1901, having taken out a patent on the design. This gave him sole rights to manufacture the rubber-cored ball which was soon mass-produced. In 1917, he sold the company and his patent to Spalding who was still producing gutty derived golf balls.

The balls improved the average drive by 20 yards and soon became popular. The flight characteristics were improved by moulding patterns on the surface of the ball. William Taylor patented a variation known as the “Dimple” ball in 1905 and later sold the patent to Spalding. The ‘Dimple’ variant of the Haskell ball was superseded by the first Spalding two-piece ball in 1972.

Learn more about our golf tours and vacations.

Take in ancient history and stunning scenery with our golf tours of England, Scotland, Wales and Ireland.

Read our client testimonials to see how our clients have enjoyed their golf trips.