St Andrews Part 3: The Founders of “The Society of St Andrews Golfers” 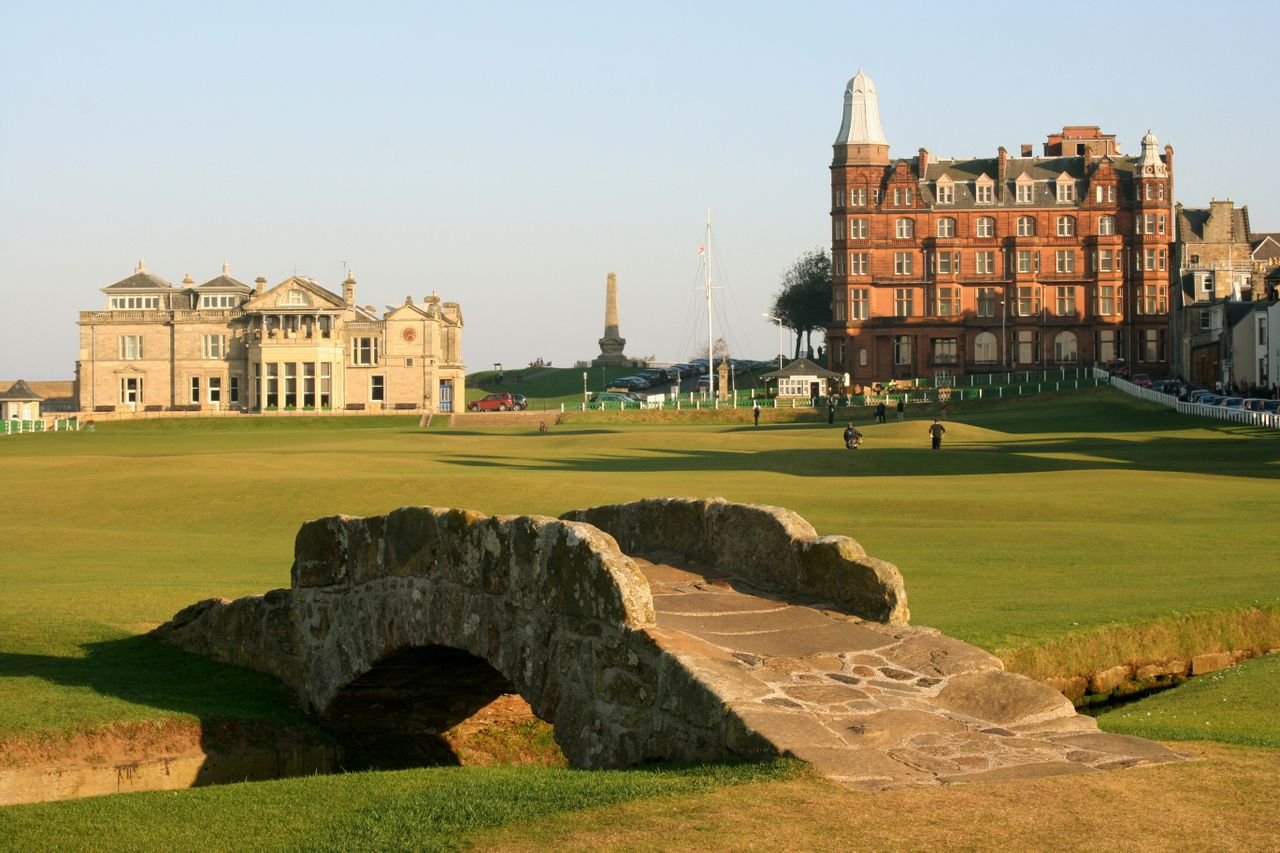 St Andrews Part 3: The Founders of “The Society of St Andrews Golfers”

Early in the 18th century the first golf clubs were formed and better documentary records of golf history were kept. We are concentrating on the social parts of the story rather than a documentary of events. The Society of St Andrews Golfers, formed in 1754, was the third golf society in Scotland and the world.

Golf was mainly played by nobles, military officers, wealthy landowners and merchants. Caddies were required to carry golf clubs (golf bags did not arrive until the 1880s). Some caddies would become skilled golfers. They could recover lost or damaged feathery balls and damaged or discarded clubs and had close contacts with ball and club makers for repairs.

At the founding meeting they stated “ the Noblemen and Gentlemen above named being admired of the ancient and healthful exercise of the golf, and at the same time having the interest and prosperity of the ancient city of St Andrews at heart, being the ‘Alma Mater’ of the Golf, did in the year of our Lord 1754 contribute for a Silver club having a St Andrew engraved on the head thereof to be played for on the Links of St Andrews upon the fourteenth day of May said year, and yearly in time coming". Little did they know of the fame and responsibility that would follow!

The Founders of the Society

There were 22 founders of which 2 were noblemen, 3 had courtesy titles being sons of noblemen. 14 were landowners, 2 were professors and one was head of the town council.

In the 18th century, only landowners and freeholders had a vote to elect Members of Parliament. The system was corrupt and consequently, second and subsequent sons of the wealthy often had seats in Parliament. The founders had quite a few Members in Parliament. Below we give some background on selected founders to clarify the makeup of the original members. The Society which later becomes “The Royal and Ancient Golf Club” is very important in the developing story of St Andrews Golf Links.

The Right Hon. Charles Bruce, 5th Earl of Elgin and 9th Earl of Kincardine (1732 – 1771) Elgin was Grand Master of Scottish Freemasons from 1761 to 1763. This was a connection with several other founding families. His estates in Fife mined coal and produced lime.

The Right Hon. James Wemyss, 5th Earl of Wemyss (1699 – 1756) married Janet Charteris, heiress of the great Colonel Francis Charteris, who had made a large fortune by gambling and was arrested for the rape of Anne Bond. In 1730, the Earl was important in securing the release his father-in-law from Newgate Prison, after he was sentenced to hang for the capital felony of rape.

The Hon. Thomas Leslie (1701- 1772), was the 3rd son of the 9th Earl of Rothes. He was an army Captain and served as equerry to the Prince of Wales in 1742. At the battle of Preston he was wounded and taken prisoner by the rebels. He was Member of Parliament for Perth and was a Colonel from 1748 to 68. For a long time he had financial difficulties and eventually lost his seat in Parliament.

The Hon. James Leslie was a member of the Honourable Society of Edinburgh golfers in 1744 and played in their inaugural meeting. There was a close connection between the Edinburgh and St Andrews Societies.

The Hon. Francis Wemyss Charteris (1723 – 1808) was a Scottish landowner. His elder brother David, Lord Elcho, was implicated in the Jacobite rising of 1745 and was dishonoured in 1746. Charteris would have succeeded as seventh Earl but for his brother’s action. However, he still assumed the title.

The Provost was the leader of the town council. Council members were appointed not elected. When a member could no longer serve a replacement was nominated by the existing members. This feudal system did not change until 1832. The Provost employed a few Baillie’s, a post similar to that of an alderman or magistrate. In fact, Baillie William Landale, a St Andrews' merchant, was not a founder but won the club’s first competition, and thus became Captain for the year.

The University of St Andrews (It had many Professors of Philosophy)

Nobles and Landowners in Fife would undoubtedly have sent their sons to St Andrew's University, Being close to the links, many students from the University played golf. As both links and university had been active for about 300 years there would be a close connection. In 1747 the University was having financial problems and by 1773 had less than 100 pupils but quite a few Professors of Philosophy.

Gentlemen (Baronet although a heredity title was not considered a noble)

Sir James Wymess, Baronet (1726 – 1786) as The Hon. James Wemyss, he was the third son of the fifth Earl of Wemyss; He joined the royal navy and became a lieutenant. On the death of his father by a family arrangement he succeeded to the estate of Wemyss, which previously had descended to the eldest son. He was elected M.P. for the county of Fife in 1762 and for the county of Sutherland from 1768 to 1784,

Lieut.-General James St. Clair entered parliament in 1922 and represented Dysart, Sutherland, Dysart and Fife up until 1762. He was later governor of Cork.

Thomas Spens the Younger of Lathallan

Series 4 will follow and is about “The Royal and Ancient Golf Club."

Learn more about our St Andrews Golf Tours and book one today!

We have a wide range of golf tours across Scotland, as well as England, Wales, Northern Ireland, and the Republic of Ireland too.

See our golf tour reviews. Contact us today to book a tour!