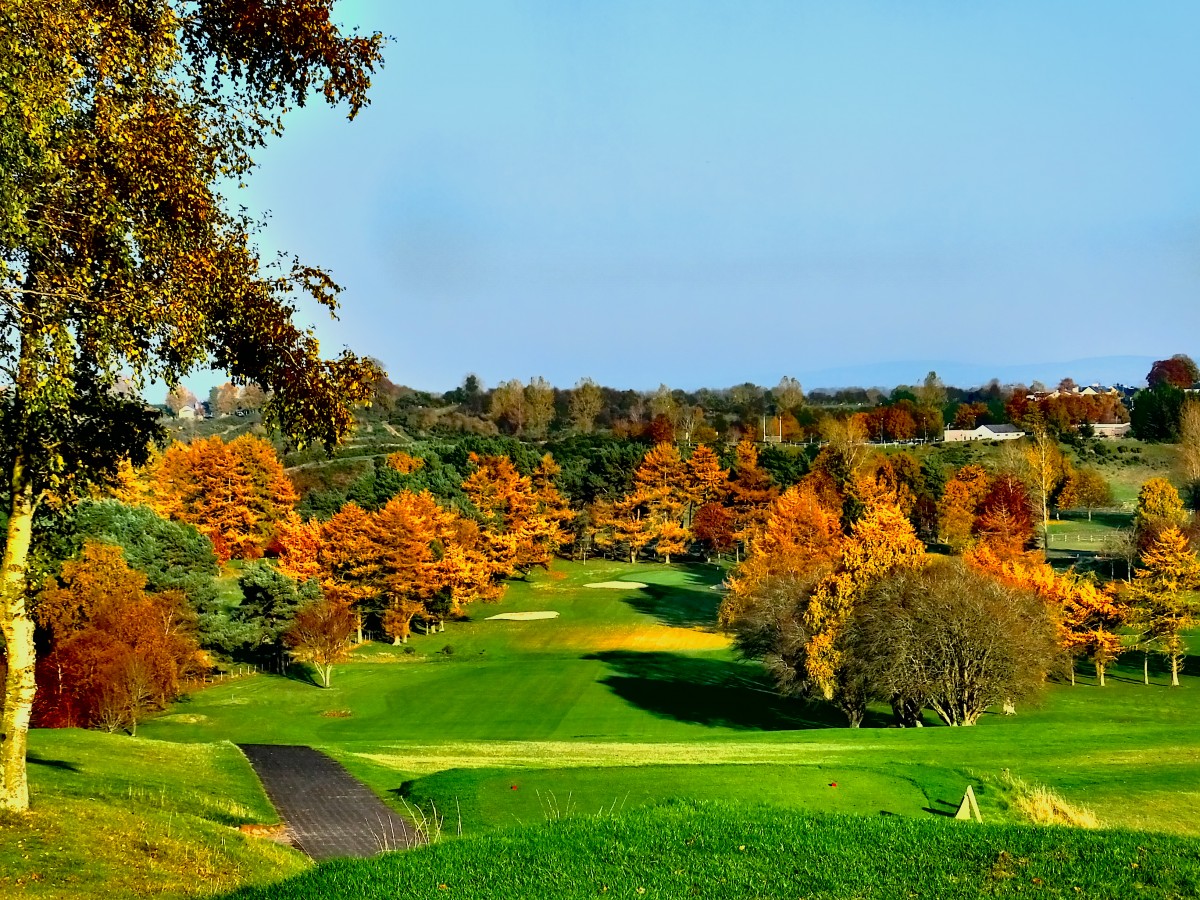 There are two Royal clubs in the Republic of Ireland, Royal Dublin approved by Queen Victoria in 1891 and Royal Curragh approved by King George V in 1910. Both clubs have an interesting history, Curragh with its origins with the military and Dublin with its location on an island influenced by man.

Considering Northern Ireland and the Republic there are five royal courses. It is noteworthy that Portrush, Belfast and County Down in the north and Dublin in the south have benefitted from design and layout by the talented golf architect Harry Colt. He left a highly regarded legacy to be relished in the royal clubs of Ireland.

The Royal Dublin Golf Club is the second oldest in the Republic of Ireland and third in the whole of Ireland. It was formed in 1885 named Dublin Golf Club. Royal designation was obtained in 1891. Unfortunately, their historic notes give no information on who made the application or the monarch who approved it.

It is easy to determine that the monarch would be Queen Victoria but no information on the proposer has yet been found. In 1891 there were 250 members paying £2 annual subscription, the joining fee was 8 guineas. Originally in Phoenix Park, the club moved in 1889 to its current location on Bull Island.

This is in the locality of Clontarf whose Gaelic meaning is Bulls meadow.

In the early 1800s Captain William Bligh of 'Mutiny on the Bounty' fame was invited with others to solve the problem of a safe, straight and deep way into Dublin for shipping. Subsequently, a sea wall two miles out from the shore was built.

The resulting sandbank, ideal for a links golf course, became Bull Island which continues to grow.

During the First World War, the course was used by the military as a rifle and artillery range. After with the clubhouse dilapidated and the course devastated, they received £10,000 compensation.

This paid for the clubhouse to be re-constructed. Also for the links to be re-designed by Harry Colt, the world-famous golf course architect in 1920.

Curragh Golf Club is generally recognised as the oldest golf club in Ireland. This title has been claimed by Royal Belfast for many years but it seems more likely that they are in fact the oldest in Northern Ireland rather than the whole Island.

The first golf course was laid out in Curragh in the early 1850’s. David Ritchie had been a member of the Musselburgh Golf Club in Scotland since 1845. He moved to Ireland 1851 and laid out the first Curragh course.

Ritchie had many prominent golfers playing at Curragh links near Donnelly’s Hollow, including the Lord Lieutenant of Ireland and officers of the nearby Curragh Military Camp that had been constructed in 1855.

David Ritchie left a Gutta Percha golf ball at Royal Dublin Clubhouse that had disappeared by 1939.

The ball had a certificate added saying “This ball was played by me in a match with the late Mr. Alexander Love, on links near Donnelly’s Hollow, Curragh on 15th July 1857.” Signed: “David Ritchie”. Colonel Bill Gibson retired, the Club Historian has determined that the golf club was formed in 1858. With military personnel, often on the move his task was difficult with constantly changing club officials resulting in poor club records.

On 21st September 1910, the newly crowned King George V approved of the title ‘Royal’ being granted to Curragh Golf Club. The British Home Office received the request from General Sir Neville Lyttelton, Commanding-in-Chief the Forces in Ireland. In 1910 Curragh was essentially a British soldiers club.

Twelve years later the British Army handed over the Curragh Camp to the new Irish National Army and any references to a Royal title were, understandably, set aside by the new influx of military golfers.  However, the Royal Curragh Golf Club title was not officially withdrawn.

The course was redesigned in 1934 by Tom Travis who was the professional at Dun Laoghaire and was virtually unchanged until 2007 when a new layout was carried out by Patrick Merrigan.

The state visit of Queen Elizabeth II to Ireland in May 2011 was widely seen as a great success and it marked a new, mature relationship between Britain and Ireland and a significant majority of Irish people welcomed this new relationship. In 2013 Curragh Golf Club members voted on a motion to re-instate the Royal title. The outcome was a significant majority of members voting for reinstatement of the name “Royal Curragh Golf Club”.

King George V – During his reign, there were many changes. He discarded the Germanic family name and created the House of Windsor because of anti-German public feelings. The Parliament act gave sovereignty of Parliament over the unelected House of Lords. Politically there was a rise in communism, fascism and independence movements in Ireland and India. The Dominions of the British Empire became independent states

Read part 5 of the series HERE

See what's on offer in the UK too with tours of Scotland, England and Wales.