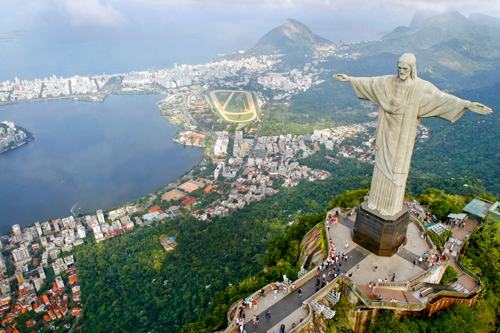 We think this is going to be a big news item as we move forward and get closer and into 2016. We are sure that the prestige of becoming the first golf Olympic medal winners for over a century will get those qualifiers really pumped! Also, the selection format makes it easier for players from many countries to qualify which will be extremely interesting.

Golf at the 2016 Summer Olympics in Rio de Janeiro, Brazil is scheduled to be held in August at a new course to be built in the Reserva de Marapendi in the Barra da Tijuca zone. It will be the first time golf has been played at the Olympics since the 1904 Summer Olympics and it is to feature two events, the men’s and women’s individual events.

The qualification will be based on world ranking as of 11 July 2016, with a total of 60 players qualifying in each of the men’s and women’s events. The top 15 players of each gender will qualify, with a limit of four golfers per country that can qualify this way. The remaining spots will go the highest-ranked players from countries that do not already have two golfers qualified.

The IGF has guaranteed that at least one golfer from the host nation and each geographical region (Africa, the Americas, Asia, Europe, and Oceania) will qualify. The IGF posts weekly lists of qualifiers based on current rankings for men and women.

Meanwhile, time to brush up on your Portuguese in readiness! Have a look at our superb Portugal golf tours. Serving other destinations around Europe, see also our France, Italy and Spain golf tours.