History of The Highland Games

History of The Highland Games

Impressive arctic landscapes, old pine forests and stunning waterways renders Scotland a unique holiday destination. Scores of visitors are drawn to this resplendent country not just for its natural scenery, but also for its golf courses, whisky and of course, the famous Celtic gathering – the highland games.

Each year, in the quiet valleys of the West and North of Scotland, the Scottish people dressed in their traditional apparel gather together to participate in the country’s most revered event, which dates back to the 11th Century referred to as the highland games. 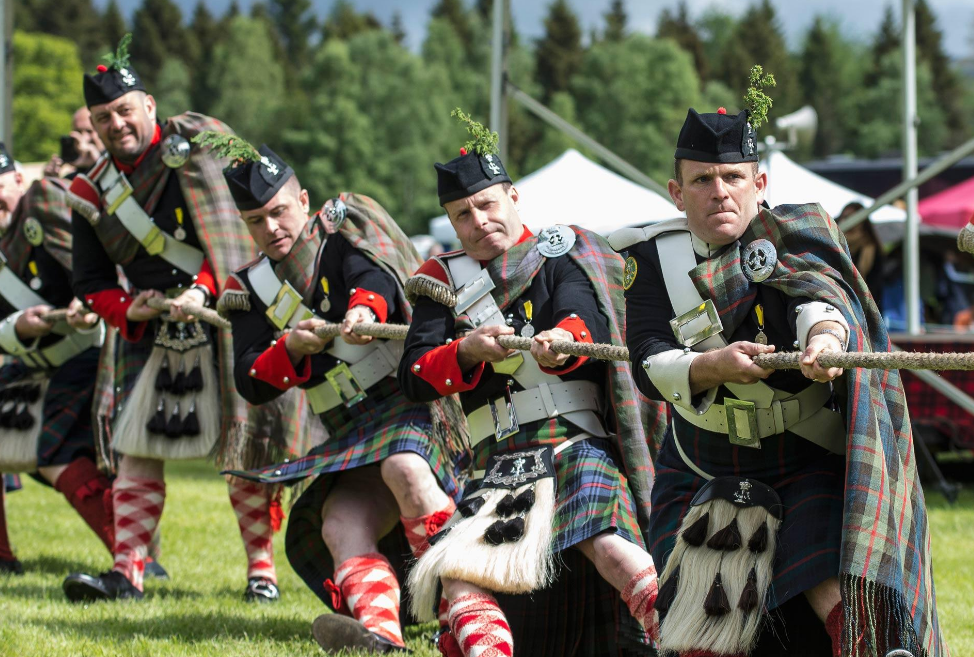 The Birth of a Scottish Tradition

It is believed that the highland games date back centuries and could possibly have begun during the rule of King Malcolm the third.  Apparently, “Canmore” as he was nicknamed meaning, “Great Chief,” asked contestants to take part in a foot race to the top of Craig Choinni, near Braemar. The aim of the race was to find the fastest, strongest, smartest and most agile subject to become warriors and couriers.

But this is according to some historians. The fact is that the origin of the highland games is not quite known. Many forms of sport and cultural practices could have existed during Malcolm's reign before they officially became known as the Highland Games.

The modern Highland Games began in Braemer, when Queen Victoria endorsed the Braemar Highland Games in 1848. The games mushroomed up until the early 20th century at a period when most of the events that take place in the Highland Games had been established.

These events have remained the same till to-date, and usually include track and field: running and cycling; heavy weights- tossing the caber, throwing the hammer, tug-o-war, pole-vaulting and wrestling. There are also musical events: piping, pipe bands and highland dancing.

Since the gathering is a family affair, there are other small enjoyable events that children take part in including running competitions, fancy dressing, crafts, junior piping and dancing competitions.

The Cowal Highland Gathering on the other hand is extremely popular and is the largest of all Highland Games in the world. The Cowal Games as they are referred to attracts over 3,000 competitors and over 20,000 spectators worldwide.

The Development of the Scottish Highland Games Overseas

Queen Victoria’s royal approval of the Braemar Highland Games led to the development and popularity of the games, giving rise to a cultural practice that would go on for generations. As Scots migrated to other parts of the world, so did their rich traditions and cultural practices.

Today, you can attend the Highland Games anywhere in the world including the United States, Canada, South Africa, Australia, New Zealand, Germany and Japan.

Although some aspects of the traditional Highland Games have become modernised, there are still traditional elements that have been preserved.

For example, the heavy weight competitions are an important marker of the Highland Games, since the games revolved around sport and athletic competitions. Some of the standards heavy weight contests include the caber toss, hammer throw, weight throw, stone put and sheaf toss.

Other Highland Games traditions include piping and pipe band competitions.

Other highland games held in the Aberdeen area include:

The city of Inverness is located northeast of Scotland and sits at the confluence of the River Ness and the Moray Firth.

The annual Inverness Highland Games are held at the Bught Park Caravan Park every mid-July. Traditional events include track and field, heavyweight, piping and highland dancing.