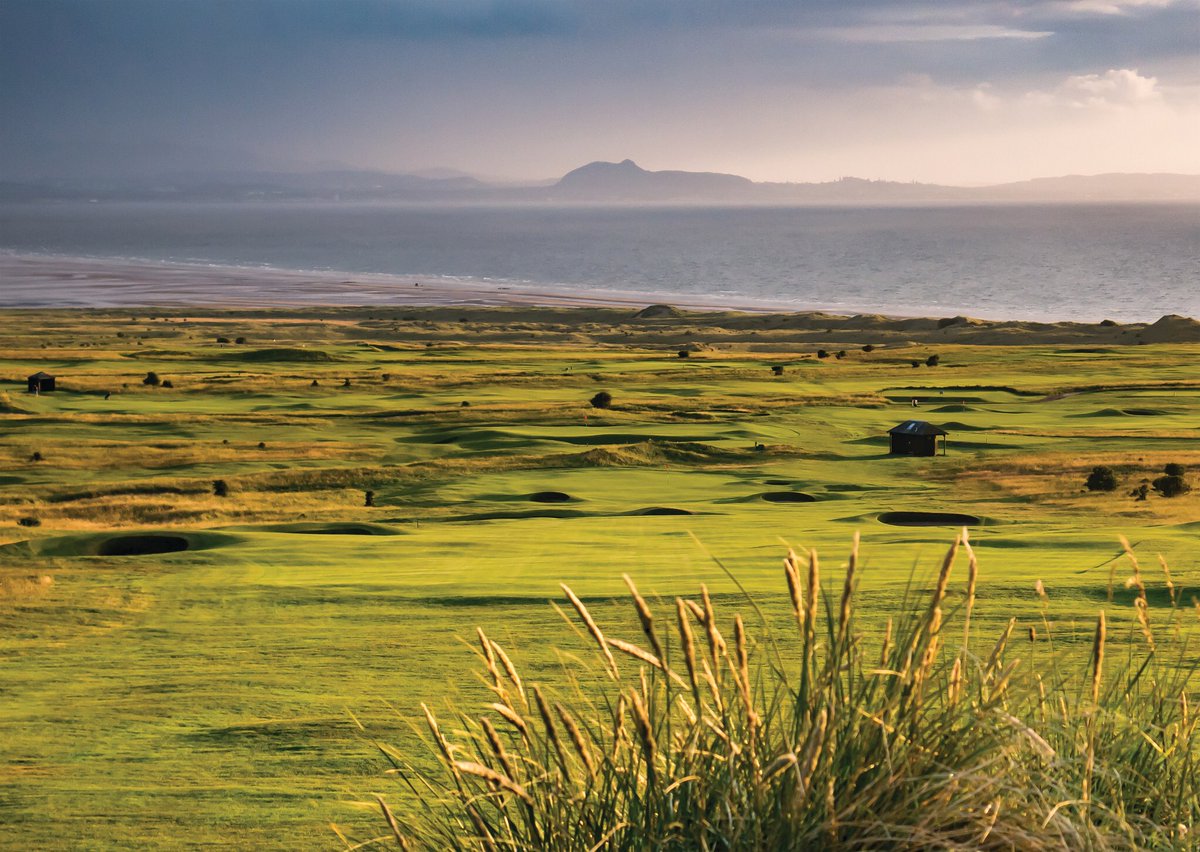 Your Day by Day Itinerary

DAY 1 Arrive at Glasgow or Edinburgh, met by AGS   representative, collect auto. or meet your private guide/driver, proceed to your base at Troon for two nights.

DAY 2 Play the hallowed turf at Prestwick, birthplace of the Open Championship, 24 Opens were played here. The clubhouse is full of incredible memorabilia and dining is a delight.

DAY 3 Drive to St Andrews, the ‘Home of Golf’, your base for 3 nights. On route play Elie, a Royal Charter confirms that golf was played at Elie over a ‘golfing tract’ from 1589.

DAY 4 a.m. Play Kingarrock, have fun at the only remaining ‘Hickory Golf Course’ in the U.K. p.m. Play Montrose where golf was first recorded in 1562.

DAY 6 Drive to North Berwick your base for two nights. Play North Berwick, founded in 1832 becoming the 13th oldest course in the world.

DAY 7 a.m. Play Musselburgh, an old fashioned 9-hole course where golf has been played continuously for hundreds of years. For a challenge you can hire hickory clubs for your round. The clubhouse has some serious memorabilia. p.m. Play Gullane, from about 1650 an annual golf match was played here between the weavers from nearby Direleton and Aberlady. You can visit an interesting golf museum next to the professional’s shop.

Prestwick’s major contribution to golf history was to establish the Open Championship and hence the first major championship. Following the death of Alan Robertson, Scotland’s champion golfer, they held a competition to select a new champion. The first Open was held in 1860 with eight professionals competing for a red Moroccan belt. The winner was Willy Park of Musselburgh. Prestwick hosted the first 12 championships and eventually a total of 24. The clubhouse is full of memorabilia and the dining is highly recommended.

The golf links joining Elie and Earlsferry villages are amongst the oldest in the world. A Royal charter allowed villagers to play over ‘a golfing tract’ in the 16th century. The first recorded layout was in around 1770 on land now the 4th, 5th, 8th and 17th holes. An old pilgrims route crosses the 4th and 17th fairways, there are ‘inch stones’ on the 6th and 9th fairways. Grange House, a nunnery in the 1500’s was made a house in 1715 by James Malcolm, a failed supporter of the Jacobite cause. The clubhouse has a fine display of clubs made at Elie in the late 1800’s.

An unusual feature at Elie today is a submarine periscope towering above the starter’s hut It was salvaged from HMS Excalibur in 1966 and presented to the club by a member. It gives the starter a view over the hill at the first hole, when clear the golfers on the tee can play.

At Kingarrock modern clubs are banned. You experience golf from a hundred years ago. Initially, you get expert guidance and history from the club professional. You then play the only course in Europe dedicated to ‘Hickory Golf’, playing with original clubs. Your bag contains a Spoon, Driving Iron, Mid Mashie, Mashie Niblick, Putter and rubber-wound balls of R & A 1921 Standard. It’s fun, the course is just 2.022 yards. A round of 9 holes takes a leisurely 1.5 to 2 hours. You need a less aggressive swing and the balls do not travel as far as modern ones.

The first recording of golf at Montrose was about 1502 when 6-year-old James Melville was taught golf by Reverend William Grey. The Montrose G.C. was formed in 1810, the 9th oldest in the world. Prince Albert bestowed Royal patronage on the club. It was the third Royal club, first known as the Royal Albert Golf Club and later Royal Montrose.

In 1834 the St Andrews Golf Society approached King James asking him to be their patron. As he also held the title Duke of St Andrews they had a good case. He agreed, and they were renamed ‘The Royal and Ancient Golf Club’. At this time their eminent rivals the Honourable Company of Edinburgh Golfers had fallen on tough times financially and in 1830 had been wound up. They did not reform until 1836. It is said that from 1934 St Andrews assumed the title ‘The Home of Golf’ with no serious rival around to challenge. Over the years they became rules authority and undertook other responsibilities cementing their position deservedly as the pre-eminent golf authority.

A basic form of Golf has been played on North Berwick links since the early 17th century The North Berwick Golf Club was founded in 1832 by nobles and gentlemen from the surrounding area, the 13th golf course worldwide. Famous challenge matches were held between 1849 and 1900. The first featured Alan Robertson and Tom Morris of St Andrews against Willie and Tom Dunn of Musselburgh for a side bet of £100. In 1902 a club member Arthur Balfour became Prime Minister. It was recorded that on one day playing on the links were: Prime Minister, the Speaker of House of Commons and 4 members of Parliament, 2 Bishops, 3 professors, a Field Marshall, 2 Generals and a famous Tibetan explorer.

It is said that from about 1650 local weavers played an annual match on Gullane links. It was held on ‘Auld Hansel Monday’ where ‘handsel’ was a gift given as a token of luck. There were 7 holes in 1840 and finally 18 in 1884. Gullane G.C. was formed in 1882 and eventually three golf courses Gullane 1,2 and 3 were laid out. The ‘Heritage of Golf Museum’ is located next to the professional’s shop. It tells the story of golf development through time from when golf was a minor sport in the 17th century.

Learn more about our Scotland golf tours and book a tour with AGS today!