Golfing on the Causeway Coast, N.Ireland 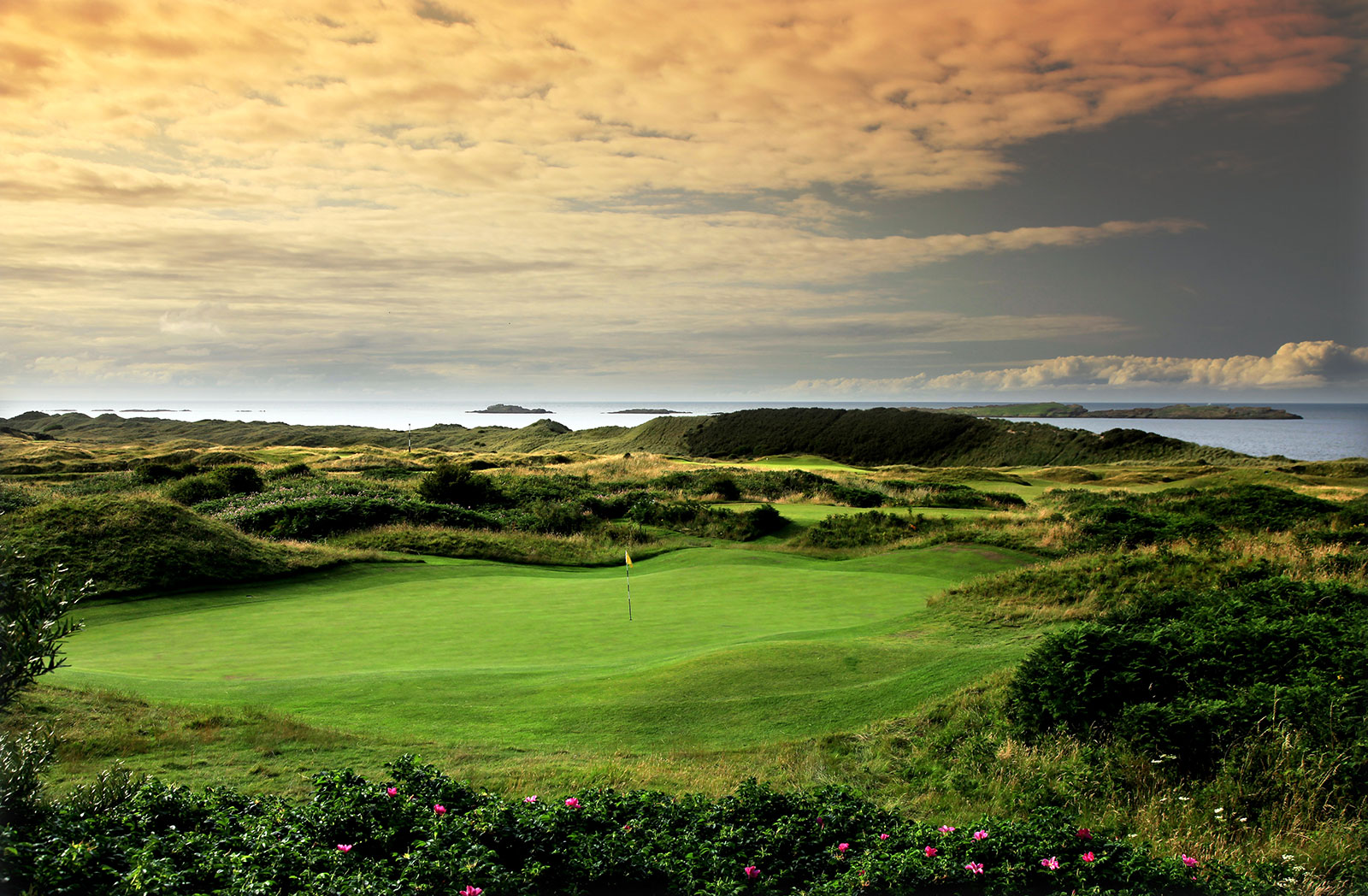 Golfing on the Causeway Coast, N.Ireland

The Causeway Coast in Northern Ireland is one of those places on the Northern Irish Coast whose natural beauty commands attention. It is a beautiful coastline stretching over 20 miles and overlooking the majestic Atlantic Ocean.

Many visitors have been enchanted by its natural splendour of natural cliffs, luxurious forests, pristine beaches, rocks and incredible landforms. Along the coastline are vibrant little villages and towns, and impressive coastal attractions like the famous Giant’s Causeway known for its hexangular shaped stones and dramatic cliffs.

Causeway Coast is known for more than just its natural beauty, it is a popular playground offering a myriad of fun activities, such as golfing, walking, sightseeing, zip-lining, abseiling, canoeing, cycling and kayaking.

Golfing on the Coast

For centuries, the Causeway Coast has been a golfing destination because of its excellent golfing and world ranking links golf courses.

Visitors from around the world visit Causeway Coast to test their golfing skills in some of the finest and most challenging link courses in the world.

Of the lot, the cream of the crop is the prestigious Royal Portrush Golf Course, which has played host to Open Championships, such as the Irish Open and the British Open. It is home to Dunluce Links course and Valley Links course. Dunluce Links is a championship course with a shining record of playing host to several major championships, while Valley Links Course regularly hosts the Causeway Coast Tournament.

Portstewart Golf Club situated in the town of Portstewart is undoubtedly one of the most impressive golf clubs in Ireland. It boasts of three fantastic 18-hole courses: The Strand Course, The Riverside Course and The Old Course. The club has played host to major championships including the Open and Amateur Championships. The Strand Course is said to be quite challenging and intimidating, but also extremely enjoyable.

Castlerock Golf Club is also among the top links golf courses on the Causeway Coast. The links championship golf course is located in Castlerock, a small seaside resort situated less than 10 miles from Coleraine town.

Castlerock Golf Club has two fantastic links courses; Mussenden Course and Bann Course. The former is an 18-hole championship links course, while the latter is a 9-hole links course, both of which offer excellent golfing and incredible views of the coastline.

From picturesque villages to incredible attractions, Causeway Coast has it all. Discover Carrick-a-Rede, a small island accessible through the Carrick-a-Rede Rope Bridge - a 20 meter bridge that is suspended nearly 100 feet above the ground, which links the small island to the mainland. The footpath offers breathtaking views of Rathlin Island and the coastline.

Giant’s Causeway is a major attraction at the Causeway Coast and once you visit this incredible place you will understand why it is World Heritage Site and one of the greatest natural wonders in the world. The most notable features in the area are the 30,000 plus basalt columns, some of which are hexagonal in shape, and stone structures that resemble Giant’s boots.  The area is also home to a number of seabird and plant species that give it colour and life.

As you explore and take in the sights Causeway Coast has to offer, make sure to venture into the small seaside villages and towns along the coastline and discover the hidden gems of Northern Ireland.

Castlerock is one of these hidden gems. It is a small village with many incredible features including Castlerock beach and the ancient Mussenden Temple, which sits atop a cliff offering pleasant views of the coastline and beyond. The seaside village is situated less than 5 miles from Colerain, a modern town with an intrinsic charm and awe-inspiring scenic views.

From Colerain, you can easily access nearby towns and villages, such as Portrush, Bushmills and Portstewart.  Bushmills is situated about seven miles north east of Colerain and is accessible by road. The town is quaint with many of its buildings and shops oddly old-fashioned, but still striking.

The town’s main feature is the world’s oldest whiskey distillery, The Old Bushmills Distillery. This unique attraction is a must visit especially for whiskey lovers. Tours around the distillery are available and you can get to sample the best whiskey you have ever tasted anywhere in the world.

Portrush and Portstewart sit to the north of Colerain and are accessible via train. Visit both or either one to enjoy a unique outdoor adventure, as they are both blessed with beautiful beaches, incredible architecture, and offer excellent golfing and a vibrant nightlife.

Where to stay and eat

Many of the restaurants in Causeway Coast serve dishes that are made from ingredients that are locally grown and raised. This is a great way to enjoy traditional Irish dishes and locally brewed beers and whiskeys.

The Vines Winesbar in Coleraine is quite popular. The picturesque restaurant serves classic Irish dishes made from locally sourced ingredients. Other restaurants worth a mention include Ocho Tapas Bistro (Portrush), The French Rooms (Bushmills), and Cromore Halt Inn and Restaurant (Portstewart).

Bushmills Inn Hotel and Restaurant is also a great place to eat and stay. Situated a few minutes away from attractions, such as The Old Bushmills Distillery, The Giant’s Causeway, Dunluce Castle and Royal Portrush Golf Club, it is the ideal place to book your stay.

Causeway Hotel, Marine Hotel Ballycastle, Atlantic Hotel, BushTown Hotel and Brown Trout Golf and Country Inn just to name a few are among the many premium hotels in the region that offer excellent accommodation at affordable prices.